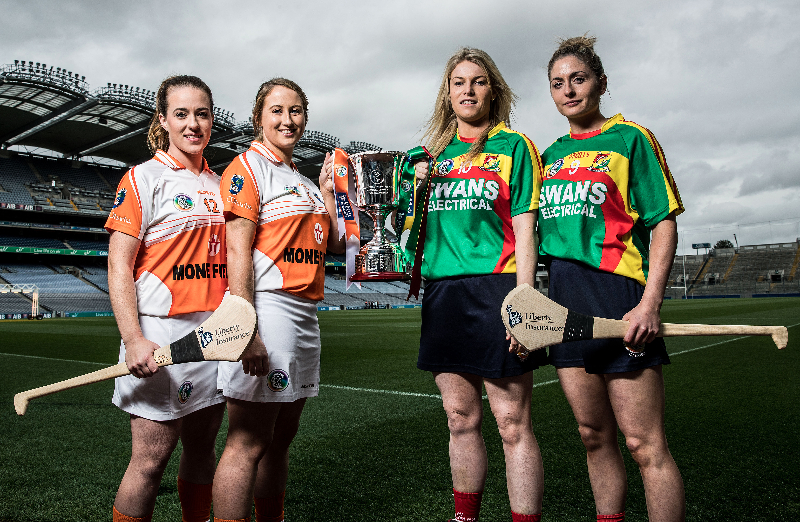 Croke Park this Sunday sees the first of our 3 Camoige All Ireland Final’s take place between Carlow and Armagh, throw in at 12.

Carlow will enter this All Ireland final as slight favourites after a dominant year last year and the experience of a Junior A All Ireland win in 2015 over Kerry on a score line of 0-14 to 0-3. Although their first time in Croke Park might be a factor.

However Armagh can still call on some of their personnel from the All Ireland Junior A final win in 2011 and having won Division 3 this year will be looking to do the double, they will have Nicole Conway well briefed on the threat of live wire Michelle Nolan.

Midfield promises to be an interesting battle, Carlow’s Ciara Mullins from the highly successful Myshall club will most likely pick up the Madden star Leah McGoldrick, while Bernadette Murray will look to dominate Teresa Meaney Carlow’s joint captain.

Joint Armagh captain Grainne Kelly is one of four ladies from the Granemore club while the other Armagh joint captain Ciara Donnelly will be looking to link up with her namesake and clubmate Leanne on the left wing.

Four of Carlow’s forwards hail from the Myshall club who have dominated Carlow Camogie in recent times and joint captain Marian Doyle playing on the 50 will look to feed the threat of earlier mention Michelle Nolan.

This should line up to be a cracking encounter and fantastic opener to a Super Sunday of Camogie at Croke Park.