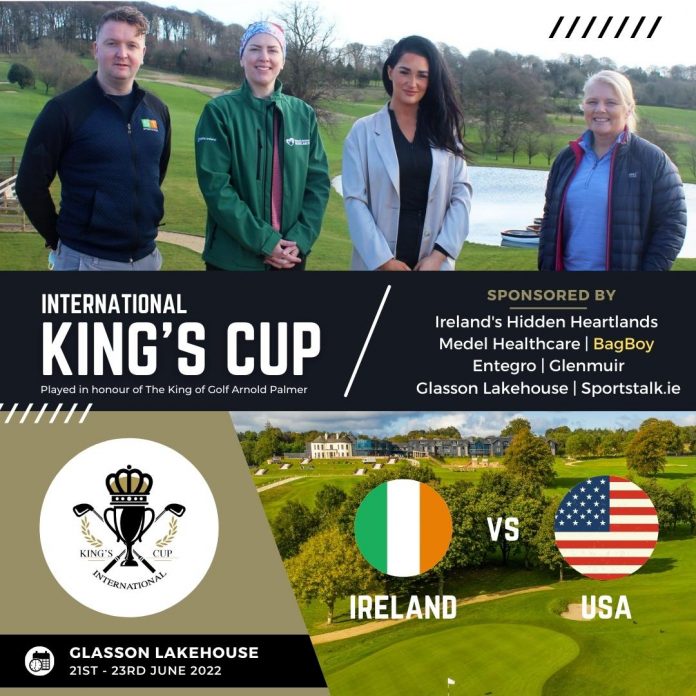 The International King’s Cup™ is a Team Match Play competition played every year between an Irish National team and an American National team. Additional teams will be added in the future.

The King’s Cup™ is played in honor of golf’s greatest ambassador – Mr. Arnold Palmer, whose Honesty, Integrity, Sportsmanship and Commitment to Excellence represent the ideals for which the game of golf is known.

Next weekend the battle for a place on the 2022 Irish Team gets underway at Castlewarden Golf Club Dublin.

Sportstalk are delighted to be official media partners for this tournament a huge step forward for our independent media team.

Tune in next weekend for Interviews, Twitter Coverage and more on Sportstalk.ie and our social media channels @sportstalkdotie