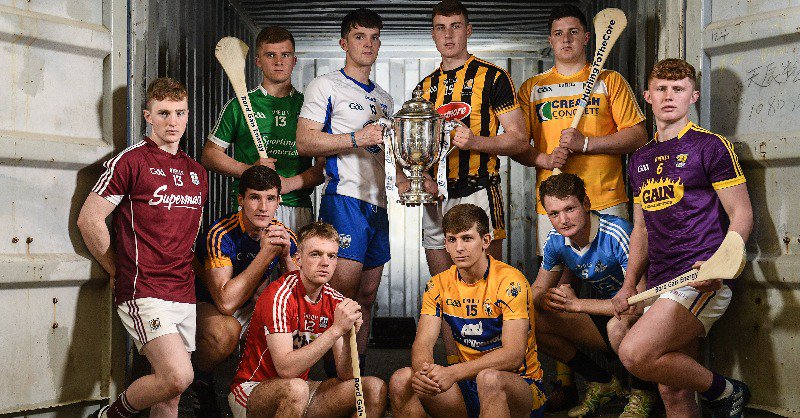 To paraphrase Tammy Wynette, sometimes it’s hard to be a Limerick fan. Most of the time actually. Bar a period in the 1930’s and a briefer era in the early 1970’s, Hurling has not been overly kind to the Treaty men, who have suffered in the shadow of Tipperary and Cork for the majority of their history.

In contrast, it’s a lot easier to be a Kilkenny hurling follower. The county’s supporters can be pretty much guaranteed a serious All-Ireland tilt each summer, and this season’s elimination from the senior championship in mid-July is very much the outlier of the Brian Cody era, where success is expected, nay demanded.

Such differing fortunes gives an indicator of which way the counties’ state of mind will be as we approach this under 21 All-Ireland final. Limerick see this game as a godsend, Kilkenny see it as almost an entitlement. A year where Limerick win an All-Ireland final at any grade is a celebration. Conversely, a summer where Kilkenny fail to win the biggest prize is viewed as a travesty. Sure, the Noresiders have the intermediate title already in the bag but, really, very few people care about that (only 3 counties competed in it). In order for this year to be deemed any sort of a success in the county, an under 21 title must be delivered on Sunday.

For Limerick, it’s somewhat different. For a county so desperate for success, Saturday’s game in Semple Stadium represents a massive opportunity, but they will know well the pitfalls of translating underage harvests into senior titles. Those 3 consecutive under 21 All-Irelands of the early 00’s, were never fully cashed in the bank at senior level.

The good news is though, that they have a good chance in this one. Certainly, if we’re to look at the bookies odds, there’s a strong feeling that the Shannonsiders will prevail at 8/13 on, while Kilkenny are a distant 6/4. And there’s good reason for that. There’s no question that Limerick have come through the tougher route to get here. They were mightily impressive in their opening two Munster championship games, hammering Tipperary and Clare respectively before they demonstrated some big match nerves by just stumbling past Cork in the provincial final. And then, of course, there was that classic encounter against Galway in the semi-final just a few weeks ago when they, just about, emerged victors by four points.

But if we were to pick holes in that routes you could argue that they overcame 2 poor sides in their opening fixtures and have stuttered somewhat in their last couple of games. Sure, they beat Galway and Cork, no mean feat either game. Against Cork though, they scraped through after an 18 minute period where there were held scoreless in the second half. And we don’t know how much the preparation for Galway’s senior All-Ireland tilt was a distraction to the under 21 side. Also, how ready could that side really have been, considering the semi-final was their first proper match of the season?

Kilkenny, meanwhile, struggled somewhat through Leinster, just scraping past Dublin, beating Westmeath by a flattering 10 point margin, and then easing past Wexford in the provincial decider, but not before Wexford defender Barry Quigley had been given his marching orders to ease the passage. The penultimate game against Derry was a turkey shoot against a side that would have been much more at home in an All-Ireland B championship.

So, if you were to look at those form lines you’d be gunning for a Limerick victory. But perhaps if you scratch a little below the surface you can find reasons to be optimistic from Kilkenny’s viewpoint. Now, there’s not much to be gained from checking the sides’ head to head battles. That’s the way it often is between teams at underage level, but one telling statistic is that 3 years ago these same counties faced off against each other in the All-Ireland minor final, with Kilkenny emerging victorious by 4 points. Now it’s possible that such a game, coming as it did many moons ago, will have no bearing on Saturday’s outcome, but seeing as 8 of Kilkenny’s starting line-up, and 10 of Limerick’s from that day, are in the first 15 again on Saturday, maybe it does have some relevance.

It’s only 2 years since Limerick won their last under 21 title, when they hammered Wexford, and there are 8 survivors from that game, including the pivotal figures of Cian Lynch and Peter Casey. On the other hand, Kilkenny have lost their last 2 finals at this level against Clare, and their most recent under 21 All-Ireland victory is a barely plausible 9 years ago.

Limerick’s side is peppered with senior players, with 5 having played in their decisive championship game of the season against Kilkenny (Sean Finn, Cian Lynch, Kyle Hayes, Barry Nash, Peter Casey). Alternatively, only Liam Blanchfield, and Richie Leahy featured for the Cats in this year’s championship. On the face of it, the Munster men are more battle hardened. So what rationale is there for expecting Kilkenny to beat Limerick? Well perhaps the fact that, psychologically at least, the Cats have the edge over their rivals. They haven’t been beaten by them at senior level in 44 years, they won the last minor final between them and they’ve never met at under 21 level.

Plus, there’s the sentiment that after losing their last 2 finals and with that 9 year “famine” weighing on them (and it is a famine in Kilkenny terms) they may have that little bit extra motivation to spur them on. Last years’ under 21 campaign was a nightmare for them, as they lost to a Westmeath side at that level for the first time in living memory.

Given that, you could argue that there is just a lack of top quality young hurlers in Kilkenny at the moment, and that Limerick’s crop is finer. But this is a final and, they are Kilkenny after all, and though there are good reasons to doubt them, perhaps by 4.30 on Saturday afternoon their innate Kilkenny-ness will have shone through