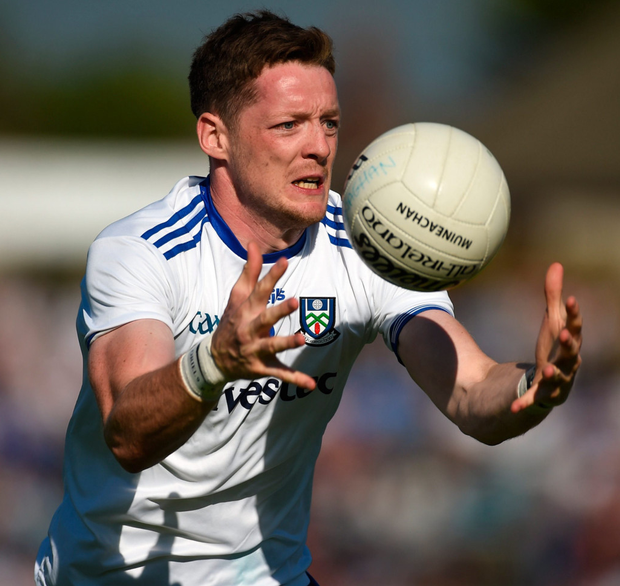 Monaghan dug deep to seal a memorable three point win at Clones. Dublin had bossed the opening quarter but they only led 1-7 to 0-8 at the break as the home side recovered after a shaky start. They drew level on 44 minutes through Stephen O’Hanlons stunning goal with both the goalscorer and fellow substitute Conor Mc Manus having a major say in the final outcome.

Dean Rock opened the Dublin account with a tidy point five minutes in which was quickly followed by a Niall Scully goal and the visitors looked at their best as they created several further chances.

Black cards for John Small and Paul Flynn seemed to kick start Monaghan and they reeled in the Dubs, restricting them to just a couple of points, Flynn and Rock on target as Michael Bannigan and Jack Mc Carron tagged on Farney points.

After early Dublin points after the break Malachy O’Rourke brought on Mc Manus and O’Hanlon , after O’Hanlons goal Mc Manus hit four points and the duo combined to tee up Shane Carey for a second goal.

Dublin responded with a couple of points but the damage was done as Monaghan held firm for an opening day win. Referee David Coldrick withdrew at half time , replaced by Paraic Hughes