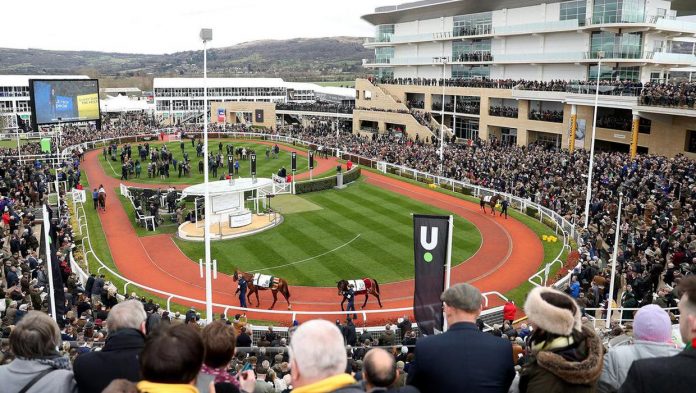 Emmet – “It’s a mess of a race because we have no idea who is going to run. We are playing Willie Mullins’ bingo. I think Gordon wins and it’s Ginto.”

Johnny – “It’s hard to know what turns up here. I think Sir Gerhard will run here. I would hope if you backed Ginto each-way at the very worst you’ll be getting a 10% loss. A massive chance.”

Mikey – “Journey With Me is coming into form and he’d be the one for me. I saw him a couple of times. I was in awe of him. He is a massive horse.”

Brian – “Ginto. I’d have a little worry about him. Journey With Me is rock solid. He was impressive in Naas. It’s a race I haven’t a huge opinion of. I think Sir Gerhard will go here. I’d like to see Ginto running well. Kilcruit runs here, they’ll have a chance.”

Katie – “Ginto; a lovely horse. I’d like to see Sir Gerhard run in the Ballymore.”

Johnny – “I really like Capodanno. I’m not sure if either of the top two will turn up.”

Mikey – “I’d be shocked if Galopin Des Champs or Bob Olinger ran in this. You run your horse to which race suits you. Bravemansgame is made for this race. This is his race to lose.”

Brian – “This is after falling into nothing. There is only one horse standing and that’s Bravemansgame.”

Katie – “I’d like to see Galopin Des Champs run in this.”

Emmet – “Bravemansgame is the one they’ll have to beat. He sets a very high standard. This could be a five runner race. Back Threeunderthrufive each way.”

Mikey – “Chacun Pour Soi – he’s very cool. There is nothing going to get by Shishkin. Chacun Pour Soi, not tough enough when the chips are down. Shishkin is a certainty.”

Brian – “Shishkin is one of the best horses out there. It’s a three horse race but it’s a fascinating one.”

Katie – “There is one winner here and it’s Shishkin. Chacun Pour Soi, his form in England doesn’t stack up, that’s the big thing for me.”

Emmet – “You need to keep an eye on how Nicky Henderson horses are running. If they’re running pure stink like it is now that’s going to be a problem. Shishkin is the start but CPS could possibly cause an upset.”

Johnny – Chacun Pour Soi will finish second to him (Shishkin). Shishkin is an unbelievably good horse. I can’t see him being beaten.”

Aaron – “It’s all around the top. Everyone out there hopes Chacun Pour Soi turns up.

Mikey – “He seems to sparkle for Cheltenham (Tiger Roll). When he wins, he wins well. I don’t know any of the French cross country form.”

Katie – “Tiger Roll. The more the cameras come in the better form he’s in. He’s the one to beat. He has a lot to do. The way he went last year, you could not be impressed by him. Tiger Roll, even if he’s not in the form of his life, he’ll still do it.”

Johnny – “Tiger Roll Grand National thing is a total joke. This is not a race I have an interest in. 2 to 1 isn’t the worst price if he has the same form as last year.”

Emmet – “I love this and Tiger Roll is absolutely going to crush them.”

Aaron – “Tiger Roll. Is going to be a coupon horse.”

Katie – “This is probably one of the best races of the week. I really like Redemption Day. To me, Facile Vega is the one to beat.”

Brian – “I was in Leopardstown and Facile Vega was the best horse I’ve ever seen at a race track. If it came to speed in the last furlong would Redemption Day have the pace of Facile Vega. I’m going to go with my gut instinct and go with Facile Vega. I think it’s a two horse race.”

Emmet – “American Mike is a machine. He’ll take all the beating.”

Johnny – “American Mike. He’s my bet of the festival.”

Mikey – “Facile is an aeroplane and is going to be hard to beat but go with Jamie Codd and Gordon’s horse (American Man).

Brian – “I’d a few quid on Fastorslow. He has a little bit of form to find. He’s a horse that’s been touted about. I like Good Risk At All.”

Emmet – “Looking for something from Willie Mullins. I don’t have a strong view on the race.

Katie – “We’ve a few in the race. I haven’t much comment on the race.”

FAI to monitor situation ahead of Nations League fixture