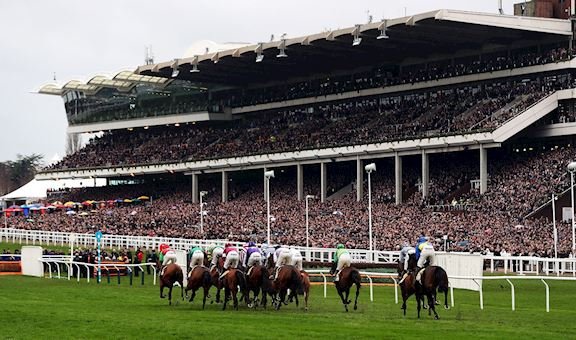 Emmet – “It’s a very competitive race. They’re going to be paying four on the day; each-way. Il Etait Temps is rock solid.
“Knight Salute gets no love and is a bit of a terrier, so if you want an each way bet. Il Etait Temps he’s could be the one that’ll cause a bit of a surprise.”

Katie – “To be honest Pied Piper was visually very good at Cheltenham. Has come on an awful lot.
“Fil Dor is a stayer. He might have gone under the radar. I won’t be surprised if he’s in the mix on the day.”

Johnny – “Vauban is going to be odds on. He’s going to collapse in price. This track will suit him. I think he’ll be smashed on the day. It’s a two horse race.”

Mikey – “The two horses I like are Vauban and Pied Piper. I’d just go with Pied Piper.“

Emmet – “Hillcrest has tons of experience. Hillcrest is very exciting and made for this.”

Johnny – “Minella Cocooner should’ve been shorter. It’s him for me each-way.”

Emmet – “Elimay will be Willie’s (Mullins) number one.”

Johnny – “I was tipping Galvin. He’s very solid. I don’t like it as a betting race. It’s very tough.

Katie -” Galvin is my bet for the week. He’s done nothing wrong this year. This is going to be his year.”

Brian – “It’s a very open race. I don’t think the English have much of a chance. Is there a forgotten horse here in Tornado Flyer. He’s the value horse to me.”

Emmet – “I couldn’t agree more. Tornado Flyer is the stand-out bet in this race.”

Mikey – “A Plus Tard. I wouldn’t have Tornado Flyer. Galvin will run a solid race but I don’t think he’ll have that Gold Cup x-factor.

Brian – “Willie (Mullins) has got it spot on with Billaway. If the ground is good, Winged Leader is an animal.”

Katie – “For me Billaway is the stand-out. I can’t see much coming close to him.”

Emmet – “I totally agree. He’ll take all the beating (Billaway).”