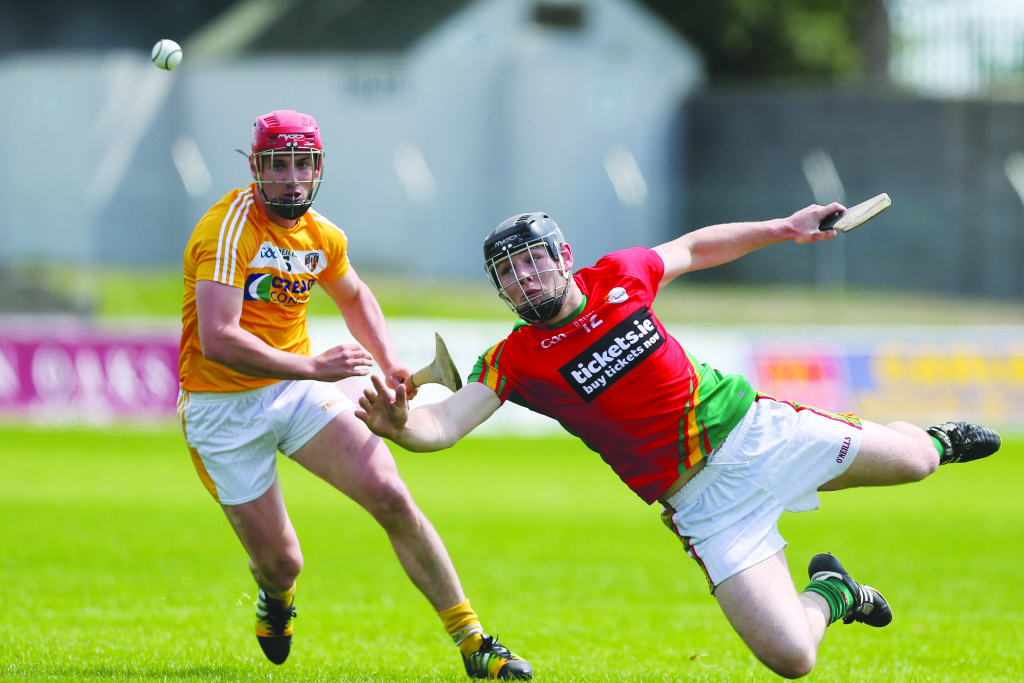 Carlow booked their place in the Christy Ring Cup Final with a 10 point win over Wicklow. It was Carlow who made an excellent start, with Denis Murphy, John Michael Nolan and Marty Kavanagh giving the Barrowsiders a 0-06 to 0-01 lead.

However, Eoin McCormack got a nice goal for Wicklow to bring them back into contention. Carlow did respond though and with points from Kavanagh, MacDonald, Nolan and Murphy to put them in firm command of proceedings at the break by 0-16 to 1-03. The second half started brightly for the Garden County with George O’Brien grabbing a goal on 39 minutes.

However, the Carlow lead was too big of a gap to close and they punished Wicklow for lapses in concentration with Nolan, Paul Coady and Eddie Byrne all firing over points to extend the lead out to 10 points.

Carlow will now meet Antrim in the final on June 10th.

Antrim will play Carlow on June 10th in the Christy Ring Final at Croke Park. Antrim already had beaten Down in this year’s competition and they never looked like losing this game after goals from Ciaran Clarke and Ciaran Johnston on 24 and 29 minutes put them in full control of the tie. The Saffron’s went in at the break 2-12 to 0-07 ahead.

The superb Clarke then raised another green flag at the Cushendall venue, before Neill McManus, Conor McKinley and Conor Carson all scored top quality points. Ciaran Johnston scored another goal with 63 minutes played to cap off a fine individual performance.

The score was 4-19 to 0-12. Antrim finished strong and tagged on four more points to cap off a fine win.

A win next month will see Antrim return to the Liam McCarthy Cup competition for 2018.