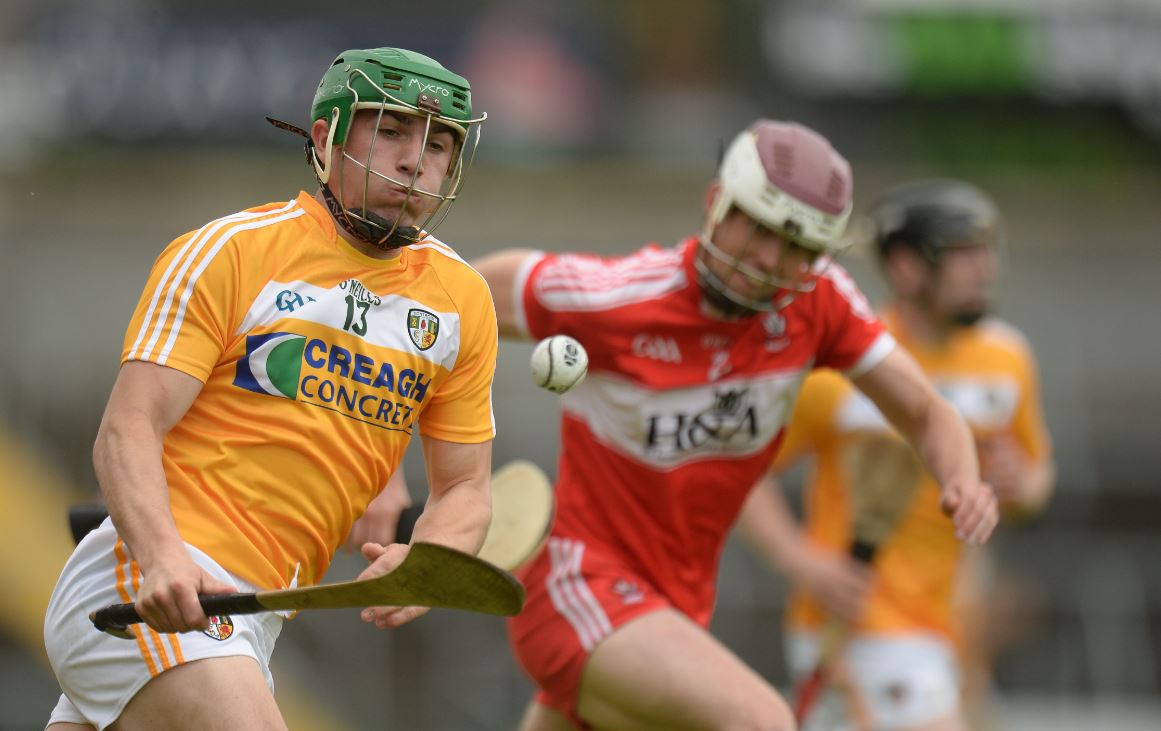 Carlow and Antrim played out a thrilling contest in their Christy Ring Cup game at Dr Cullen Park with the Saffrons prevailing by a point after extra time. Marty Kavanagh got an early goal for Carlow which saw them build up a seven point lead after 20 minutes of play in the first half. However, the lead was narrowed down to four at the break courtesy of a goal from Niall McKenna for Antrim.

Carlow looked on course for victory leading 2-16 to 2-12 with full time approaching but with three points from Neill McManus and one from Paul Shiels it meant extra time was needed to separate the sides.

Carlow moved four points clear in the opening half of extra time, before McManus grabbed a fine goal for Antrim. Antrim finished stronger in the second period of extra time. McManus finished with a personal tally of 1-13, while Shiels also impressed in a narrow victory for Antrim.

The best players on the day for Antrim were Neill McManus, Paul Shiels and Ciaran Clarke, while for Carlow, Denis Murphy who hit 0-17, Marty Kavanagh and Paul Coady.

Player of the Match: Neill McManus, scored a vital goal and some well taken points.