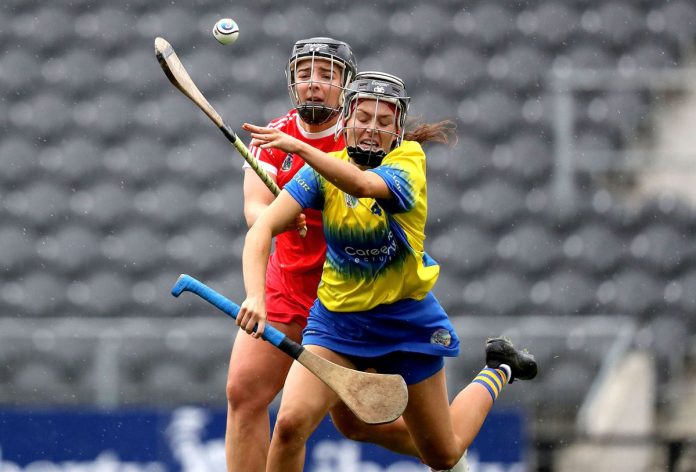 We still go back to the opening game of the Camogie championships and the side we saw Clare put out, it was clear and obvious to us that Clare were putting together a team that would challenge each year for playoff wins and All Irelands. This takes time and after a defeat in the opening game Clare Camogie looks on the way up.

Cork came out on top at the weekend but progress was evident in that game as the full back line of Ciara Grogan, Ciara Doyle and our player of the game Clare Hehir were excellent.

In the opening half they mopped up attacks first to the ball and the battle between Linda Collins and Clare Hehir was a joy to watch for the neutral. Incidentally, 100 yards up the road there was another ding dong battle going on between Cork’s Laura Treacy and Clare’s Aine O’Loughlin.

Afterwards we spoke to both Alannah Ryan and Ger O’Connell and a clearly emotional pair felt frustrated and aghast at missed chances and the feeling amongst them that they can deliver at this level against the Corks, Kilkennys of the camogie world giving time and more competitive games against them.

You never truly can measure your teams progress until you pit them against the kingpins of the game and on Saturday leaving Pairc ui Chaoimh Ger O’Connell should be plotting immediately  to bridge the gap and begin the process of putting structures in place as he admitted were needed to return in less than 12 months and have another crack at a playoff win.

Next up for Cork, The Cats.