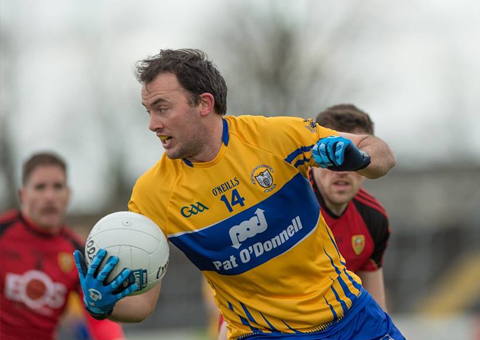 Recently retired Clare football goalkeeper Joe Hayes has been with the Banner through the good times and bad and admitted on this week’s Super 8’s podcast that they’re now in a better place.

Hayes believes that Clare have a chance of improving: “I think the potential there is to keep moving and keep pushing up that ladder a small bit; bit by bit.”

Super 8’s podcast host Doron Harte reminded Hayes of the time Clare travelled to Donegal with his 20 players. Hayes recalled that time and how things have changed since then: “We went with 20 players, we brought on four subs and I was the poor soul that was left on the bench all game. I got over that. They were tough times. A manager can only ask so many players to come in; he asked a good few players to come in after the Munster Championship that year and they wouldn’t come in. that’s where we were at that time; the level we were playing at.”

Shane Curran “Speculation is unfair on players and management”