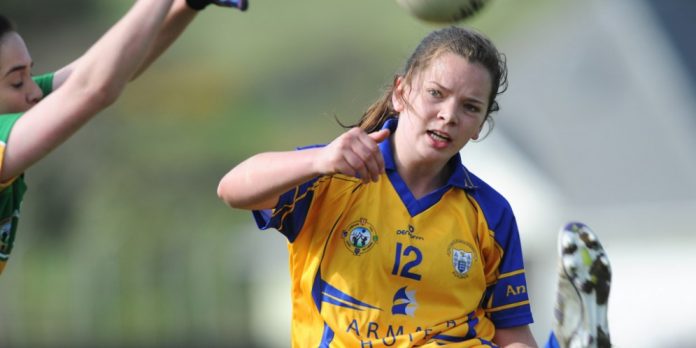 Last weekend was a busy one for Clare’s Niamh O’Dea but one the dual star is used to. On Saturday she played in the Banner County’s win over Dublin in the Camogie championship while on Sunday she tasted defeat with the footballers as they lost to Kildare.

On this week’s Sportsgirls podcast O’Dea described her weekend and what it’s like being a dual star: “It’s good in a way. Friday night we’d a puck around with camogie; nothing major. Eating right, getting to bed early and keeping my own routine. Get up in the morning, do my own thing; going for a walk or that and play the game. It’s nice because you’re not overthinking anything, taking it hour by hour. Recovery after the game; a meal and go back home to the tv. It was a great day with all the sport that was on and it was easy for Saturday. It was the same for Sunday. I’m so used to it at this stage.”

She admitted that there was no difference when going between the two sports: “It doesn’t really matter. If you overthink it you nearly feel tired the next day. Have to get on with it. The two sports are transferable over and back; regardless if you’re doing football or camogie. A lot of the overall characteristics are the same.”

Despite losing to Kildare in the All-Ireland Intermediate football championship O’Dea feels that there is still a lot to play for; Clare are in a group with four. “It’s not over yet. We’ve two more games. That’s for us now to focus and not drop the heads and hope we can get over Laois and over Sligo and hope Kildare slip up along the line,” said the Clare star.

REFIX THE GAME: A great PR opportunity for Ladies Football or...