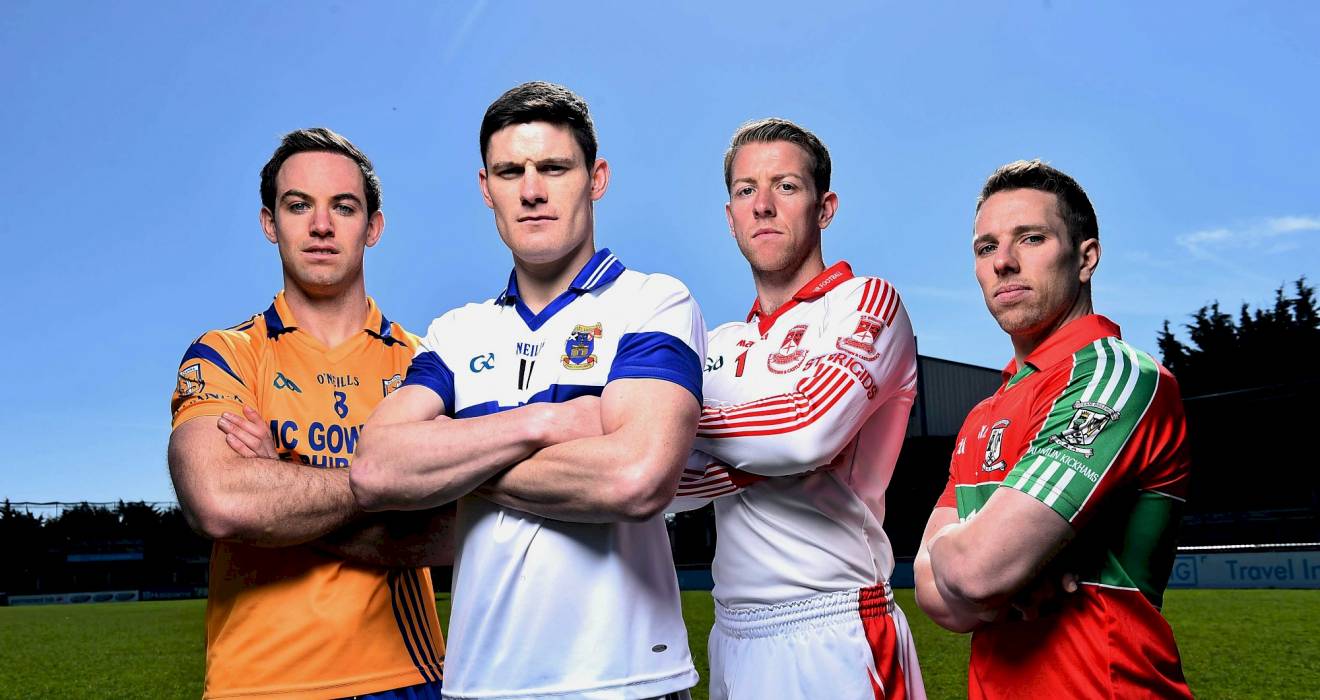 The CPA (Club Players Association) was set up a few months ago with the expressed desire of improving the plight of the humble club player in Ireland.  For anyone who is or has known/been involved with a GAA club player in Ireland, one of the statements that was issued by the body a week ago will have struck a massive chord. In a piece entitled “I am the club player” the association laid out the lengthy and valid list of grievances they have with the association.

Among the problems outlined in the piece (http://www.the42.ie/gaa-club-players-association-3175912-Jan2017/) were the fact that club players were “bottom of the food chain….waited 112 days between championship matches and were then expected to play two matches in 6 days… (and a player) hasn’t a clue when their next match is”

It was an impressive statement and one that finally gave an official voice to what has become a thorny issue. In addition to this, the association’s fixtures co-ordinator Liam Griffin went on Newstalk’s “Off the Ball” last week and gave an impassioned (as is his style) plea on behalf of the club player. His mantra was simple and obvious: “Fix the bloody fixtures”

It’s hard to argue with any of it. There has always been a disparity in the GAA between the club scene and the inter-county one, but in recent years the levels of difference and disenchantment has widened. Given the higher levels of quality and size of the competitors, the inter-county game will always take precedence and get more media attention. That doesn’t mean to say the club game can be ignored though. Because without the club player, there is no inter-county player to begin with.

The GAA is the biggest and most successful sporting organization in the country. It has a place within practically every village and townsland in the country, has innumerable followers and revenue, yet the 20 tonne elephant in the room has still not been addressed. The introduction of the back-door system in the All-Ireland championships, and the continued nature of high profile replays in summertime, is welcomed by fans and the GAA’s accountants. Obviously more high profile games is good right? But, for the grass roots club player waiting for his/her chance to shine, those extra games must seem like a nightmare.

An outsider looking at the scenario must believe whoever co-ordinated these fixtures were looking at different sports. For example, in soccer, they have a club and country game, but at least there is a defined period when international games take place. In the GAA, there is no such joined up thinking.

The All-Ireland club championships were introduced some 42 years ago, and have been a roaring success, but the way the competition has been structured is completely at odds with the inter-county scene. By the time Tony Kelly, or whoever it may be, lifts the Tommy Moore Cup on St Patrick’s Day, his county colleagues will have completed almost 3 months training, as well as half of their league campaign. Now, how anyone could say that’s an ideal system is beyond me.

The fact of the matter is that the inter-county GAA season is far too long. Dublin played their first inter-county football match in January of last year and their last on the 1st of October. That’s 9 whole months of fixtures, for a lot of which, their club players are left idle. Only a week or two after finishing a massively intense inter-county season, Diarmaid Connolly and co have to run off a Dublin county championship in the space of a month.

The situation is a shambles but it doesn’t have to be this way. One of the biggest problems to begin with is Irish people’s culture, and principally, our love of knockout competition. In the likes of Soccer and Rugby teams play most of their games in a league format. In the GAA championship though, we have the ridiculous situation where some teams finish their season 3 or 4 months before the others. By rights the inter-county season should take place from around March to July with the rest of the season held over for club fixtures. And if you think that’s aspirational well, if organized correctly, it needn’t be.

Of course with any proposed change in the GAA there is always the dreaded stumbling block of our beloved “tradition”. “Why do we have to change something? We’ve always done it this way” The problem with this argument is it’s like saying “Why drive a car when we have a pony and trap?”

One of the biggest stumbling blocks to any change in the GAA is the fact that any motion that people want to pass must overcome a two thirds majority in congress. As Liam Griffin sagely noted on “Off the Ball” “A man can win a vote in the US with less than 50% and lose one in Ireland with 65%” So while a majority of people are desperate to change the system, it only requires 34% of stick in the muds to prevent it.

For example, the idea to push back the All-Ireland finals by two weeks last year was met with opposition from more than a third of congress delegates. The likes of Bab Keating took umbrage with it on the basis of “tradition” and that “the amount of people planning their holidays around the All-Ireland finals is huge”

Without wishing to disparage a great hurling man, I’ve rarely heard a more ridiculous point of view. Sure, it’s nice that All-Ireland finals are played within a few weeks of each other in September. Sure, it’s nice to have a holiday booked around an All-Ireland final, but at the end of the day, if you know the final will be taking place in late July or August, the holiday can still be booked. But if you’re a club player starting into their season\s training now (as many are) how will you have any idea what free time you will have between now and December? I’m sure there are a lot of partners around the country hoping their boyfriend/girlfriend/husband/wife will lose their first round game as at least it will give them a bit more planning time.

The demands placed on amateur club players around the country is little short of ridiculous. Just last week, a “contract” for a St Brigids player was posted on social media https://www.joe.ie/index.php/sport/pic-gaa-clubs-player-contract-putting-incredible-demands-players/573093, Now if you are faced with such a level of responsibility for so little reward/game-time you wouldn’t be human if you weren’t asking “Is this worth it?” And would you not be well within your rights, looking at such demands, to think of taking up Soccer/Rugby/another sport instead? Some of them probably already have. We don’t know how many potential GAA players, have been lost to the game over the last hundred years or so, due to frustration with the calendar.

Whereas in most sports the league is the most important competition, In the GAA it’s an afterthought. Even the sports that do employ a knockout semi-final/final format (Club Rugby, American football etc) still have the league as the basis for the knockout competition. But in the GAA, a team pretty much starts one competition in January, another in February and a final, completely new one in May/June. The National League is essentially a pre-season competition with no meaning. Why can the 2 competitions not be linked together so that every game matters?

Of course there is always an element of “better the devil you know” in the GAA. Changing the championship structure is an obvious point that most people agree on. Finding something that everyone will agree to is a whole other kettle of fish. But even leaving aside the All-Ireland football championship for a minute, the hurling one should not be that difficult to alter. I can think of an example on my doorstep.

Each club/county has 5 league games. The top 2 from each division get a bye to the quarter final of the championship and enter a league final. The middle tier teams must play a first round of a championship, but crucially, avoid any relegation playoffs. And the bottom two sides play in their own first round games which double up as relegation playoffs to the Christy Ring Cup.

From there on in the format appears pretty clear. The teams who achieve in the league are rewarded for their progress, while those who struggle, still have a chance to make amends in that all important first round knockout game. It’s a system which would provide a fitting template for someone to run the All-Ireland Hurling championship on. You could even have a Munster/Leinster section if you wanted to retain the provincial structure.

Organizing something similar in the football championship may prove tricky, but whatever about retaining provincial finals, having teams playing 10+ games in League/O’Byrne Cup etc before getting into the real meat of their season doesn’t make sense. The idea that the league was only ever a second-class competition always seemed strange to me and, I daresay, followers of other sports.  And as for playing the Walsh and O’Byrne Cup in the mud in January, well I really don’t see how that benefits anyone.

In the proposed system above, inter-county players would have a minimum of 6 and a maximum of 10 meaningful games per season. Starting their league campaign in March, if they played games on alternate weekends (the other weeks could be given over to football), the championship would be wrapped up by mid to late July. That would free up club players to have their own championships club starting from August and to be finished around October time. The club championships could then be run off over the final few months of the year. Now admittedly, having a club championship final game in November/December is not an ideal situation, but at least there’s no question of any inter-county star missing up to half of their season because of it. And at the very least, the club player involved in the latter stages of All-Ireland championships can enjoy their turkey and ham for once, without worrying that they’ll have to sweat it out training over Christmas.

Even if they don’t achieve something instantly, the formation of the CPA was an important first step. Whether the change comes now or over the next few years is uncertain, but what we do know for sure is something has to give. For the sake of the club player, and everybody else, they have to fix the fixtures. If not, the GAA faces the threat of ruining the organisation they’ve spent 133 years creating.

Tipp could make Munster Final but don’t rule out Limerick or...