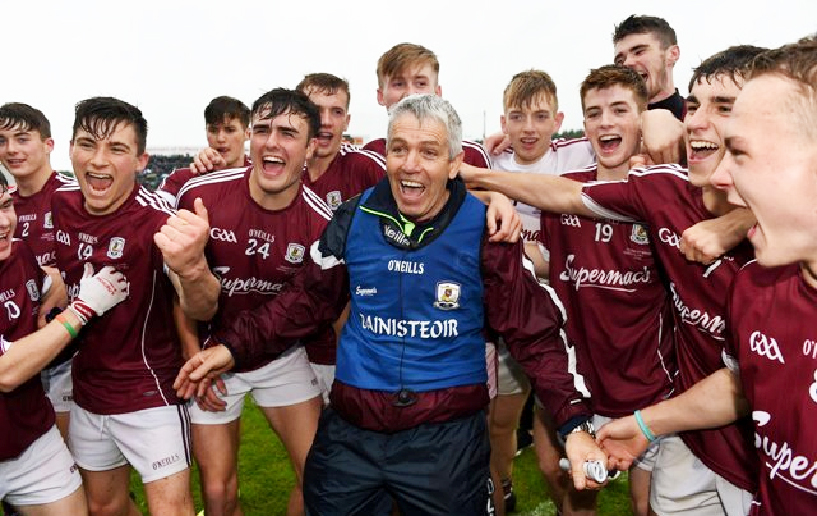 Desmond Conneely played a pivotal role for Galway as they defeated Mayo in the Electric Ireland Connacht minor football championship final in Pearse Stadium today.Galway upped the intensity the second half and left Mayo behind to claim back-to-back Connacht minor titles. Galway now hold both the minor and senior provincial titles.

Galway stormed into a commanding lead in the wintry conditions, as points from Conneely (two), Robert Finnerty and Evan Murphy saw them lead 0-4 to 0-0 after 21 minutes.

Mayo had to wait until the 24th minute to open their account as Oisín McLaughlin split the posts after a smart turn. Ryan O’Donoghue pointed a free to cut Galway’s lead to two.

With the wind behind them after half-time, Mayo had saw a lot of ball but couldn’t convert this possession to scores.Mayo could have got themselves back into the game as Conor Stenson hit the post with a shot that had the Galway goalkeeper beaten.

This near miss spurred Galway on and Conneely’s goal in the 45th minute killed the game as a contest as Galway easily closed out the win.

“Tommy Morrissey still wearing the 92 Munster Final T-Shirt around the...