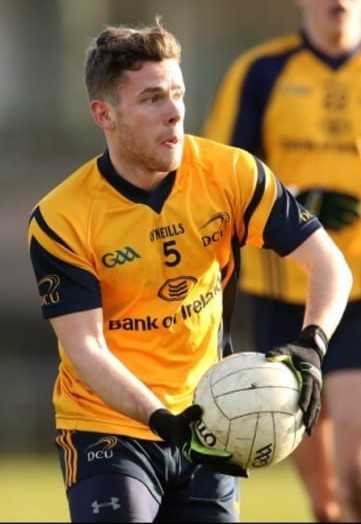 Longford’s Rory Connor was extremely open and honest when he spoke to Deniese O’Flaherty on this week’s Sports Talk podcast.
Connor suffered a serious knee injury that threatened to end his playing career in 2016. He had won a Sigerson Cup in 2015 with and was part of the team that was defeated by
UCD in the 2016 final.
He admitted how hard college life was after the injury: “You go from training three or four days a week, five days a week, everything you do kind of revolves around your training, your football, your nutrition. You go from position then to you’ve all this idle time. You’re in a knee brace for four months. Like what do you do?!”
From being outgoing and personable Connor found himself avoiding conversations with people: “I kind of went quite quiet. I was always chatting to people and being around the college. I had really good friends in college. I went kind of introverted. I found myself almost trying to avoid conversations with people because you feel your self-value/self-worth in that one instant is deteriorated, completely diminished.”

You can listen to the full chat here: