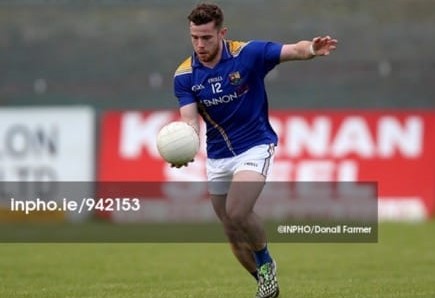 When Rory Connor was told he probably wouldn’t play Gaelic Football again after suffering a horrendous knee injury in a club game, the Longford man was out to prove his surgeon wrong.
Connor, who won a Sigerson Cup with DCU in 2015, tore 3 of the 4 ligaments in his knee and also suffered an avulsion of the hamstring back in 2016. He told Deniese O’Flaherty on this week’s Sports Talk podcast what the prognosis was according to his surgeon.
He said: “In fairness to my surgeon Gavin McHugh, he was fairly straight laced from the get go. He said to me “wouldn’t it be brilliant if you were able to kind of play with your kids in the garden again. Or if you were able to have some kind of physical lifestyle.””
Three years later Connor returned to play with his native Kenagh and he hopes to get back playing with Longford. He said: “It was never a question that I wasn’t going to get back. From day dot the only thing I ever thought about was getting back and playing with Longford.”

You can listen to the interview here: