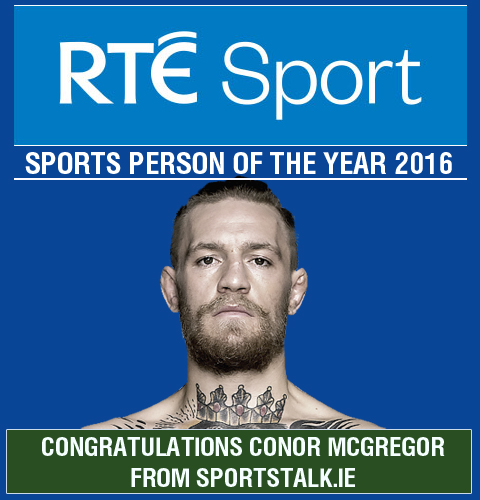 RTE Sports Person of the year was deservedly won by UFC/MMA Star Conor McGregor. Conor has lit up the UFC since his debut in 2013, going on to win not one but 2 belts from 2 different weight divisions. Sportstalk.ie is a predominately GAA website and can hear the case for all our GAA stars but their is a time when your quad aces fall short of a royal flush and this is the year.

The fantastic sporting talent on show last night should be a celebration of the great sportsmen and women we have in this country not to mention the best supporters in the world, last night RTE Sport produced an awards show fitting of those talents. The show was excellent and congratulations Conor McGregor on a well deserved award.

Leinster Round Robin Review: Laois win a thriller against Westmeath