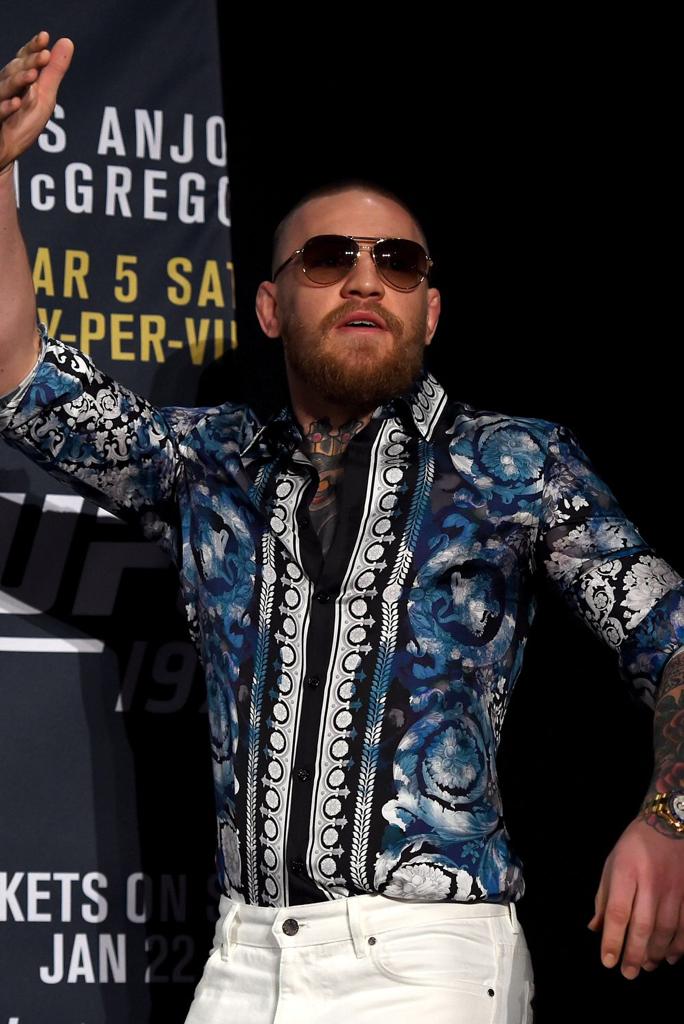 August 20th peeping up now in the horizon is Conor McGregor’s UFC 202 rematch vs Nate Diaz. Of course we all know how the first encounter went by now and for anybody needing reminding as they say in horse racing “Our lad finished second” in reference to The Notorious.

The first bout reminded us at Sportstalk.ie in terms of the GAA as a classic case most club players will be familiar with, as that one occasion at training the young cocky and highly skillful star corner forward aka (our lad) tried to mix it with the slower larger but battle hardened seasoned midfielder aka (Nate Diaz).

In every club team in Ireland their is one legendary player that you come across whom works on the buildings or calves 500 cows a week, even smokes 500 fags a week that people will say you might as well be hitting a brick wall as trying to best them.

It all starts out fairly innocuous with a couple of middling balls from the midfielder not gift wrapped neatly enough for the star corner forward to gather and ping over the bar. Followed by a hospital pass that nearly gets their head taken off and it’s f***s and blinds back out the field in the direction of the seasoned campaigner not known for his accurate passing and low and behold it all kicks off.

“You should have retired years ago you f**king slow useless so and so” says the future of the club. “Come out and say that to me face you narrow little bol**x”.

Now 99% of young lads will quickly back down with an instant apology and admittance of a rush of blood to the head, a heat of the moment argument born out of frustration at the lack of quality service given but the 1% just can’t let it go and choose to challenge the beast.

McGregor before his first fight with Diaz, (now cringe worthy) tried to fling as much insults in the direction of the big man as possible, while funny at the time for some fans, they went in one ear and out the fist of Diaz echoing on McGregor’s jaw at UFC 196.

The spat between the club corner forward and seasoned campaigner we all know never lasts long and after a quick trimming of the bravado filled corner forward a warm shower and a few tension breaking jokes both parties call a cease fire and head to the local for a few pints, pride hurt, pecking order restored but for the most part lessons learned and no harm done.

You would imagine come the next training session the manager would quietly pull both aside individually.

Conor McGregor would get the talk about him being in with a good chance of a long inter-county career while getting caught up in spats with has-beens enjoying the last few twilight years of their careers is pointless and doesn’t serve morale in the squad best well.

While Nate Diaz would be thanked for bringing the trouble making, hard to handle f**ker down a peg or two and told to just humor him until he wins us a county title afraid he f**ks off for the summer on a J1.

In the GAA world you’d never have it that the Cocky Corner forward wants another go, blind madness.

We in Ireland are drawn to and love madness whether it’s losing your Bol**x in the casino on a Saturday night after being €200 up or lured into an almighty session two weeks before an All Ireland Final. It’s in our DNA in all walks of life, madness, proving people wrong and defying all odds sure isn’t what’s called “having the craic”.

Conor McGregor doesn’t give a toss about losing it all just like the cocky corner forward couldn’t give a hoot about playing inter-county, they have a score to settle and that’s it.

Conor McGregor at SportsTalk.ie we’re backing you “Our Lad” this time to win by a nose.

Proper medical care needs to be available at Ladies games

Camogie Round 4 Previews-Tipp to pip Banner at the Bridge