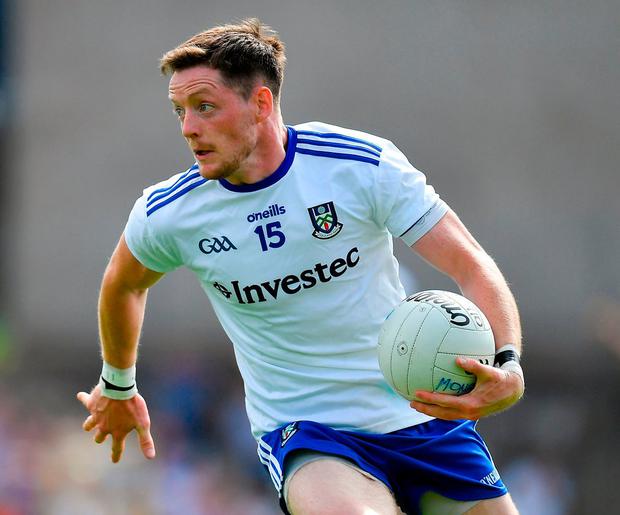 Conor McManus spoke about his love for Gaelic football and how his beloved club Clontibret holds a special place in his heart.

McManus spoke about how his club paved the way for him resulting in a very successful career with Monaghan GAA after having not made the minor team.

Conor was speaking to Aishling O’Reilly on Wednesday night Instagram PlayOn live series. McManus spoke about that in 2005 when he came onto the minor scene with Monaghan he never played a championship game with the team and only featured in a league game or two.  McManus mentioned that his physical development at the time wasn’t at the level that other members of the team had.

Within a year and having the belief that he would play senior inter-county with Monaghan Conor spoke about how made his way onto the senior panel. “Basically, the senior and under 21 were training together, at the start of 07 I started the first national league game of the year. So, it was a pretty quick turnaround now saying that with Clontibret I threw myself into that with as much football as I could.  In 2006 after not making the minor team I played C football, I played B football as well as senior league and championship including under 21. I say I played about 60 games that year”.

You can listen to Conor’s interview on Instagram sports talk.ie