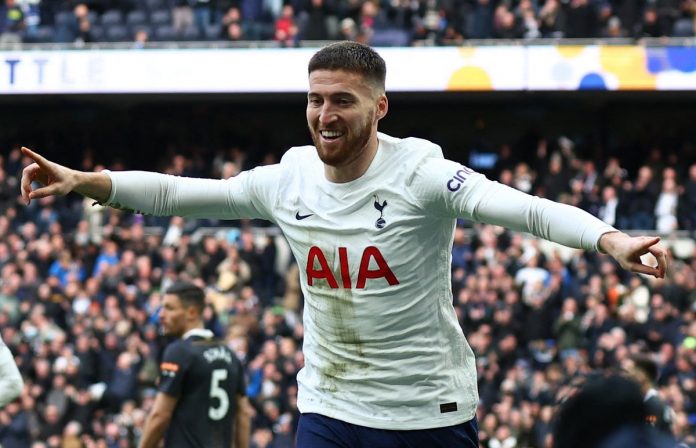 Spurs manager Antonio Conte has praised the “attitude and behaviour of Matt Doherty. The Republic of Ireland International has been in tremendous form of late for the North London side.
Doherty had struggled for game time under Jose Mourinho and Nuno Espirito Santo but managed to force his way into Conte’s plans.
The Dubliner has started six games in a row under Conte. He has scored two goals and four assists from 14 Premier League appearances this season. Spurs are currently 4th in the Premier League table.
Conte said: “Matthew is the typical player that is showing big improvement. If you remember at the start he didn’t play a lot with me because at that moment I think he didn’t deserve to play. Then he worked very hard. He is a really good guy and in every training session you see the desire and the will to improve himself.”
The Spurs boss went on to say: “He has a great mentality, many times when players don’t play a lot they go down mentally. Instead he has shown me to be strong and shown me ‘I do what you want, I am going to improve and when I am ready I want to play’. He has shown me that not with talking, but with attitude and behaviour. He is playing very well and with great confidence and I am very happy for him. It’s a good example for everyone.”