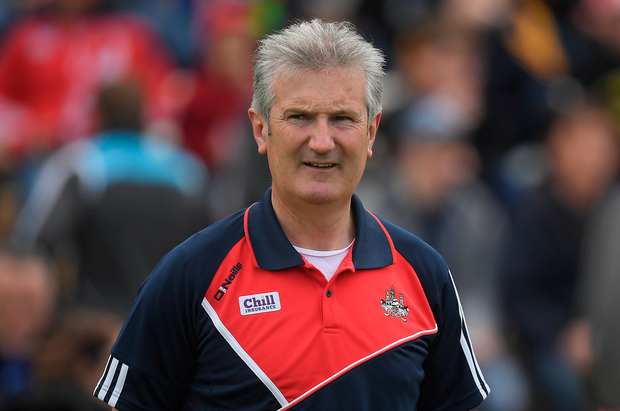 Cork full-back Daire O’Leary has been ruled out of Saturday night’s Division 1 league final against Waterford.
O’Leary was substituted at half-time with a foot injury in the semi-final win over Kilkenny has not recovered in time.
Cork manager Kieran Kingston said: “Daire is definitely ruled out, he got a knock early in the first half of the Kilkenny game last Saturday night, a foot injury.
“He had had a groin problem anyway but it was the foot that was the issue Saturday, and he won’t be available in Thurles for the league final.
“Tim O’Mahony took a heavy tackle in the Kilkenny game when he came on for the second half – he had a difficult couple of days afterwards but we’re hopeful he’ll be in a position to play. We have to assess him in training to see if he’ll be fit.”
Kingston is delighted his side are in a league final and it’s another opportunity to give players game time. “Obviously with the national league almost running into the championship itself this year, we said from the outset that it was our first time as a group experiencing that – the round-robin coming so soon after the league – that we’d take each league game on its merits,” he said.
“We said we’d try to be as competitive as we possibly could while utilising our panel and being aware of college games – and of the number of players we were bringing through from the U20 teams.
“That’s worked quite well in terms of giving players game time and developing them while also being competitive – it’s been great, we’ve one more league game left and we’re approaching that the same way we did with all the others.
“We’re focused on Thurles Saturday evening and on putting in as strong a performance as we possibly can and seeing where that takes us when it comes to the championship in a couple of weeks.”