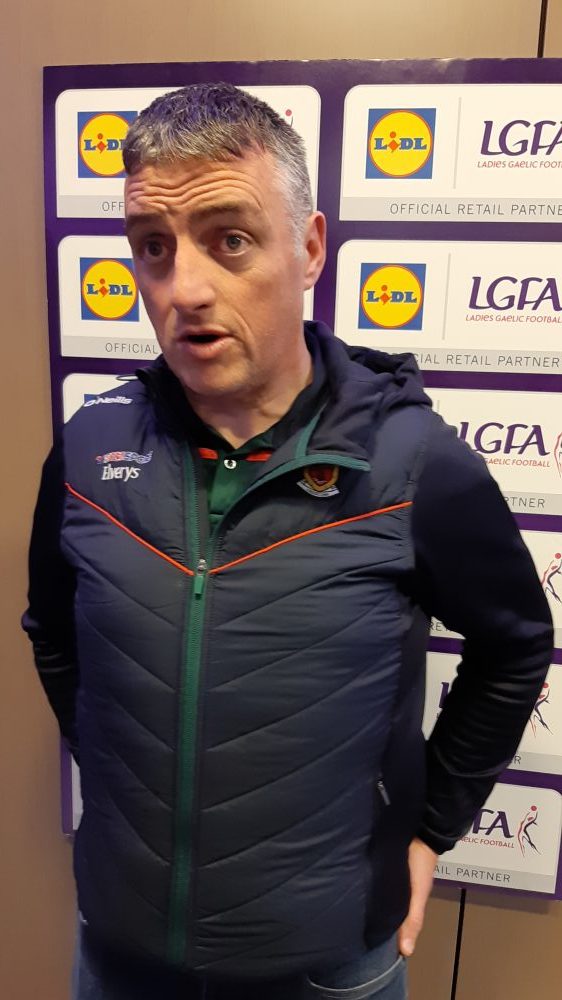 Sportstalk.ie traveled to Dublin yesterday for the launch of the Ladies Football NFL sponsored by Lidl Ireland. Lidl Ireland committed to another three year sponsorship deal yesterday and after pumping over 3.5 million into Ladies Football in their first three year term, they will hope to push on and continue to break records and change peoples stereotype of our ladies game.

Sticking with the three year term theme, Mayo Ladies Football manager Peter Leahy spoke to us about his plans for the next three years although jokingly admitted it was very nearly “only six months”.

Opening up about the amazing Mayo support, the exiled players and the future for Ladies Football, Peter admitted it was time to move on from last years issues opening the door for a return of last years exiled players as he admitted “county football was way more important than taking a stance” and he held no grudges.

Over the next couple of months Follow @sportstalkdotie as we continue to introduce you to the stars of Ladies Football through our website, social media and soon to be launched Sportstalk App.