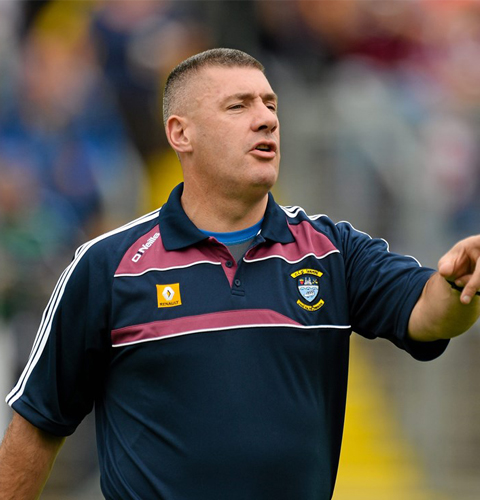 Tom Cribben stepped down as Westmeath manager after 3 good years in charge of the Lakemen. Back to Back Leinster Finals and a first time ever championship victory over neighbours Meath is not a bad couple of years work for Tom and the Westmeath public should be very thankful. After all Westmeath’s record in Leinster was terrible before this with just Paudi’s inspired victory in 2004 to show for their participation since the establishment of our games.

Westmeath club football has being on the decline for a number of years now, largely due to the lack of numbers in clubs. In many corners of the county you will be told the two best footballers in the county are still Hall of Famer Dessie Dolan and ex Westmeath superstar Martin Flanagan. These two buckos are touching either side of the 40 mark and would not look out of place on the current Westmeath team.

Tom Cribben working with a small talent pool of players since his appointment has only being beaten by the Dubs in Leinster and we all know them lads are very close to been tagged the best ever team in history. While Pat Spillane is barking that out already do not be fooled by Kerry propaganda at this time of year, them Kerry boys are as clever as pet foxes.

It’s easy for Westmeath supporters to point to “ah the defensive football” and “if your counting beating Meath as highlight your not hoping for much” and the League form line “he brought us back to back to back league relegation’s” then your narrow minded and not taking the whole picture into view. The league can be a priority for managers that have large population picks but for a county with dwindling talent numbers you save your best recipe for championship.

Upon Tom Cribben’s appointment how many Lakemen would have bit your hand off for a victory over Meath alone?  Never mind two awesome days up at Leinsters blue ribbon event supping pints and enjoying the craic with the chance to beat the Dubs.

Anyhow that’s all a debate for the history books, good luck to Tom Cribben and his management team on their next adventure and let the fight begin to take over the reins.