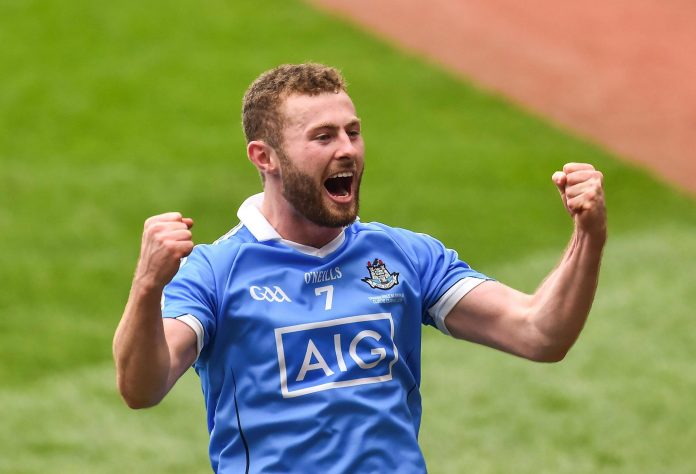 Ewan Mackenna has never been the most, shall we say, universally popular sports journalist in the country. Being a man who has taken potshots at everyone from Munster rugby fans, to the Dublin footballing machine, or, most peculiarly of all, Shane Lowry, at various times in his career, will do that to you. This is someone who has never bowed at the feet of a deity, when he could have cut those feet off instead.

On saying that, in a recent column in the Irish Independent last week, Mackenna seemed to strike a chord with most when he opined that, in light of what this, and every other country is going through at the moment, sport can seem little more than an irrelevance. https://www.independent.ie/sport/columnists/who-cares-who-wins-the-premier-league-or-the-all-ireland-the-new-reality-is-far-more-important-than-sport-39056011.html In the piece, he reiterated how we are facing an unprecedented crisis at present, and because of that, matters like who wins the premier league this year, seem very trivial indeed.

That’s all well and good, and I doubt there are few people, with the exception of the legendary football manager Bill Shankly, who would seriously believe that sport is more important than life and death. Then again, what is the whole point of life if we do not derive some level of enjoyment out of it? And for a lot of people, myself included, sport is just about one of the most enjoyable things we have. So why shouldn’t we celebrate it when we have it?

Sometimes we need a sense of perspective in life, a readjustment that lets us know that our priorities are skewed, and we need to reassess what’s important. The last few weeks, with the horrifically increasing numbers of people affected by this terrible disease, has certainly given us that. In such moments, it seems embarrassing to think how much you usually fret about whether your team wins, or who they’re going to have managing them in the summer. Yet just as there needs to be a realization about the relative unimportance of sport, there’s a time to recognize its place in society also.

Over the centuries we’ve seen countless examples of how sport has brought a release to people during a time of crisis. Remember that moment during the first world war, when on Christmas Day 1914, the rival soldiers from the allied and central European powers sought a peace truce to play a game of football for an afternoon. It was one of the most remarkable occasions during wartime history, as if the warring factions appeared to take a moment to say “We’re involved in this terrible thing and we can’t escape from it. But we can at least try and enjoy something in life to take our mind away, however briefly, from this awful situation”

In the wake of the second world war, the leaders of the most powerful nations in Europe sought a way to bring their countries together, and unite in a way that would avoid the terrible tragedies of the past, in future. So seeking a political and economic European Union was one way of doing so. A Eurovision song contest was another. Devising competitions like the European Cup and the European Championship football tournament, were another way of sowing harmony between nations. It may seem trite from this remove, and such competitions have fostered an often bitter rivalry between clubs, but considering the massive bloodshed of the past, it was a damn sight better than what had gone before.

The war analogy is a pertinent one in all of this. We may not care to admit it most of the time, but for the vast majority of us, we are lucky to have been born in this generation. For myself and most others born in the late 20th century, we can aspire to a longer life expectancy and a better standard of health, than any previous generation has had before us. One of the reasons for that is the vast advances in medical science that have taken place over the last 100 years, and we must never EVER underestimate how those people are the most important in our society. If it were not for them, the rest of us would cease to exist. 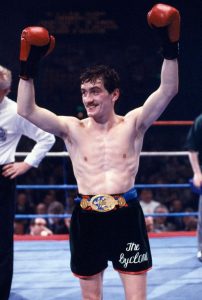 Another cause for the increased life expectancy for our citizens is the absence of war, which in centuries past, would have taken some of our best and brightest men at such a young age. One only has to think about the war of independence and civil war that ravaged our country in the early part of the 20th century, to recognize how lucky we are not to endure that anymore. Yet nations such as Syria, Yemen and Afghanistan face this reality every day, with barely a word of outcry about it. They regularly wake up to the sounds of bombs, to armed military fire, and children being brutally murdered. And we complain because we can’t go to the pub?

Let’s also not forget that for the latter part of the last century, the north of our country was decimated with conflict. Yet even, conversely, within that, the importance of sport was highlighted. One remembers how the streets of Northern Ireland came to a standstill throughout the 80’s, whenever Barry McGuigan took to the ring to face into a world title fight. Or how no crimes were reported across the island of Ireland on the night Dennis Taylor won the world snooker championships in 1985. These were wonderful reminders, that despite their, seemingly irrelevant matter, sport does indeed have a positive unifying effect.

As regards our own games, we know how much a part they play in our identity. Throughout the conflict in the North, one of the few sanctuaries Republicans had was on the Gaelic fields. It may not have compensated for the pain and suffering-nothing could have done that-but at the very least it was some distraction from the awful atrocities that were being carried out.

Think of how four Ulster teams won All-Ireland football titles back to back in the 1990’s, and the uplifting effect that had on the community. Think of how Crossmaglen, one of the most affected areas in the troubles, went on to become one of the most successful club sides of the 90’s and 00’s. It was an outstanding reminder of how a unique resilience, when channelled into a sporting context, can achieve near miracles. 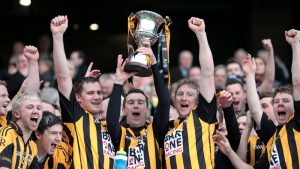 So no, in the greater scheme of things it doesn’t really matter if Dublin complete a 6 in a row, or if Tipperary do back to back All-Irelands this year. It doesn’t even really matter if a championship is played. A functioning health service matters. A society where people are not living on the street, and are able to afford a roof over their head matters. In it’s own way though, in the way it can give hope and inspire a nation, sport matters as well.

We only have to think one of our finest athletes at the moment, Dublin’s Jack McCaffrey, to realize that. When he’s not scoring goals in All-Ireland finals, he works as a doctor in St Luke’s hospital in Kilkenny, so he is intimately acquainted with both the joy of sport, and the harsh realities of daily life. He was recently seen releasing a video imploring people to stay in their homes, and adhere to the medical guidelines during this time. Far away from his outstanding achievements on the football field, that will come to be seen as one of the greatest parts of his legacy.

But Jack himself, after winning the 5 in a row last year, made great play not to undersell the actual importance of sport. While visiting a children’s hospital the day after the triumph, McCaffrey did an interview with Off the Ball in which he mused “Kids are sick and families are on a tough journey…and to see the joy that football gives them is astounding….people say football doesn’t really matter….no, it absolutely highlights how much sport matters…to see the release and satisfaction these guys get from it”

Release, joy, hope. These are emotions that not many of us are feeling at the moment, in a dark and scary period. But we will rise again. Remember the Shawshank Redemption, when the old, downtrodden Red, tried to insist hope is a dangerous thing, only to be eventually persuaded by his younger counterpart, Andy, that it was actually a good thing. For without hope, well, what do we actually have that keeps us going?

As Michael Parkinson once movingly alluded to on the Second Captains podcast “It’s not war and death and famine. It’s the opposite of that. It’s persuaded us there’s a world outside of that. That’s why sport’s important”. So no, it may not seem important now, but it has been in the past, and it will be in future. We miss you sport. And when all of this is over, we’ll be waiting on the other side with open arms, to welcome you back again.