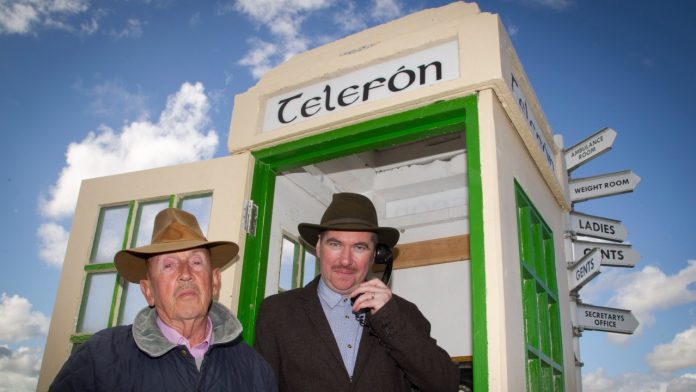 A race-day held in honour of legendary punter and trainer Barney Curley raised a staggering €104,000 for his charity Dafa.
Curley passed away last May and a race-day in memory of him was held in Bellewstown last September. Long-time friend of Curley, Frankie Dettori was guest of honour on the day and went on to win the feature race on the Johnny Murtagh trained Trueba.
The Fermanagh man had a long association with the County Meath racecourse. It was there in 1975 that he pulled off one of the greatest betting coups of all time with the horse Yellow Sam.
Curley’s horse was at a starting price of 20 to 1 and he decided to run him at Bellewstown, which had only one public telephone. Money was put on Yellow Sam in 300 betting shows around Ireland at the starting price, just before the race started and bookmakers were unable to get through to the course to force the price down because an acquaintance of Curley’s was using the only phone at the course.
The money won was worth more than €2 million today. In 1996 he set up the Dafa charity (Direct Aid for Africa), it was to support underprivileged people of Zambia.
Speaking about the money raised from the race-day Curley’s daughter Catherine said: “On behalf of our chairman Andrew Montague, our secretary Vincent Maguire and the entire Direct Aid for Africa family, we would like to express our gratitude to Bellewstown racecourse for the brilliant day last September, all in memory of my dad, Barney.
“The generosity shown was remarkable and €104,000 will make a real difference to Dafa’s key projects. The participation of Frankie Dettori and his fellow jockeys Shane Kelly, Jamie Spencer, Tom Queally along with all the Irish-based riders and trainers will live long in the memory. Direct Aid for Africa are really excited that Bellewstown are already planning another special event for Dafa next year.”