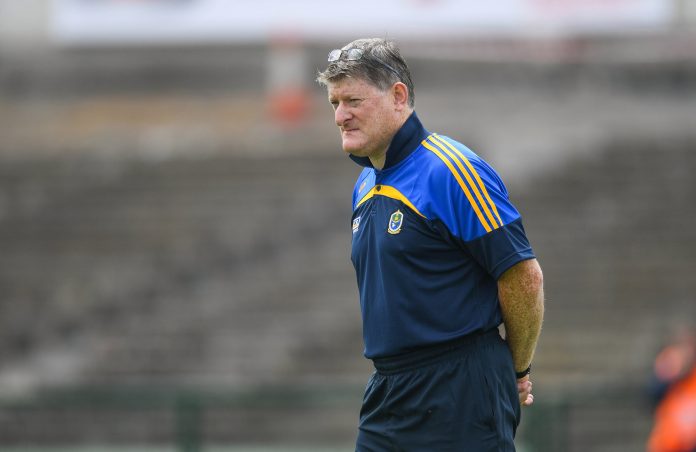 Shane Curran’s Durrow claimed the Offaly Senior B title on Sunday amid controversy but it was off the field, not on it.
Curran made the decision on Saturday night that he wasn’t going to attend the final due to Offaly GAA’s “blatant disregard to the public health of the players of Durrow and Gracefield”. He admitted it was the “most difficult tweet I’ve ever had to publish”.
It came after two Durrow players were close contacts of a positive Covid test. According to Curran one returned a negative test but they were awaiting results for the second player.
Offaly GAA released a statement on Sunday morning which read: “Offaly GAA would like to clarify the situation regarding Durrow GAA following speculation on social media overnight,” the statement read.
“No member of the Durrow senior football panel has tested positive for Covid-19. Offaly GAA were made aware of a positive case connected with the Durrow club that resulted in one senior panel member being identified as a ‘Close Contact’. This player was subsequently tested and received a negative result. As per HSE guidelines, this player must restrict his movements for 14 days.
“At all times through this pandemic, Offaly GAA has strictly followed HSE and GAA guidelines in relation to Covid-19 and has consistently encouraged our clubs to do likewise. Since GAA activities restarted in June, we have advised that the ‘Safe return to contact sports is the personal responsibility of each player and backroom member’. We fully respect the individual choice of a person to step away at any time if they have a concern.”
Curran queried the statement and said it was false. Durrow defeated Gracefield on a scoreline of 2-13 to 2-05. Curran tweeted after “Champions well done ⁦Durrow – incredible group of players. Thanks to (the) Club for all the incredible support throughout the year & to Owen Mooney the best Coach ever. Celebrations.”

Gaelic Football fight and incident from a few years ago.