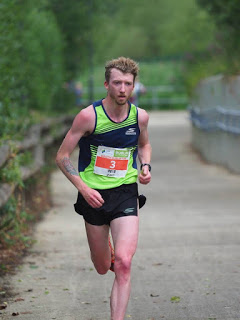 David Flynn has spent years running up and down hills; more than you can imagine. The former Irish marathon runner has experienced his fair share of stories over the years. The 31-year-old Blanchardstown native has come a long way from his early days running in Coolmine Secondary School. It hasn’t all been plain sailing for the marathon prodigy. He said: “Growing up my mam looked after me, and moved us from St Mullin’s in Carlow to Dublin. I got myself into a bit of trouble and I eventually sorted that out myself. My mam worked long hours and worked her way up in a company called Hireco. She now owns it. She didn’t finish her Leaving Cert because she looked after her four brothers and six sisters but worked hard and I guess that fed into my cut-throat attitude that I needed to be successful as an Athlete.” Flynn’s initiation into running was an unusual one, to say the least. “I played GAA for the school and for Castleknock. There was a 1-mile long run we did for PE and the 3 quickest guys got picked to go to the community competition. Needless to say, I got in. I was delighted and it gave me a buzz,” he explained.

This was the beginning of a career for Flynn and one which he would take with both hands. He said: “From there I joined Clonliffe Harriers and was offered numerous scholarships in America. My coach at the time Joe Cooper, who also had a massive impact on my career, described Clonliffe as the Man United of Athletics clubs. He recently passed away. I went to a Division 2 college in Colorado, up in the mountains and that is where I learned my trade I suppose. We had a very good team and came 2nd twice in the Nationals which was huge. I came 5th individually in the steeplechase and was ranked 7th in Europe overall.” Flynn worked very hard throughout his stay in the States. It was far from being rosy in the garden and nothing was handed easy. He said: “We weren’t given huge benefits in comparison to other states like Arkansas. We were far from royalty. When I made the transition to Arkansas I was getting loads of Nike gear and private jets to races it was a world away from what I was used to.”

Flynn has some impressive times built between his racing at home and abroad. He has run a 5k in 14.09 minutes, 5 miles in 23.47, 10 miles in 49.30 and a half marathon in 63.48. “I think that the crowd in the longer races and seeing the Irish tri-colour always gave you that extra kick. I think I almost got quicker once I got in the zone and have trained my mind to conquer my body. Running is definitely as much about the mental side as it is physical,” he said.

Having many years abroad Flynn believes that there is something special about getting the better of the British teams: “Whether individually or in a team you always try to get the better of the British guys. Making Irish teams was always a privilege in itself, so to be a part of that is something special. And to challenge or beat the British guys always meant something that bit extra special.” Flynn was a huge admirer of Sonia O’ Sullivan and Eamonn Coughlan but gave praise to his dad, for helping him throughout his career. He had the experience of running in the European U23 cross country and numerous senior championships. The Olympics is always something he wanted to reach: “Unfortunately due to the pandemic and injuries I never got to fulfil that dream. I remember I ran the Dublin City Marathon and after mile 19, I was coming in the top 3. I knew there was something not quite right and so I eventually dropped out. That was where I knew my race had run.” Flynn spent many of his years training and doing camps in Morocco. He admitted: “Those camps were tough. The heat used to be unbelievable. I ran approximately 140 miles a week. I was always very good at focusing on myself and not being distracted by what other people thought about me. I think that was why I had the endurance. Self-belief for me went a long way.”

Having had to take a step away from competing, David now wants to give back to Irish Athletics and help nurture the next generation. He said: “I am now a sports agent, with Elite Sports Marketing International. I work and try to get the up and coming talent from Ireland the best support, sponsorship, gear and get them involved in the best races globally. I can’t say I ever had that growing up. There was always a slightly negative culture in Irish Athletics, so I want to change that and give these kids what I never had. Ultimately to get one of them to the Olympic games would be a big ambition for sure. I want to prove that we have the talent here, but we have to nurture it and help it develop on a global scale.”