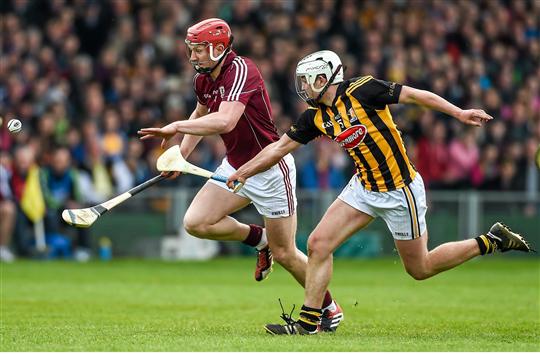 Two games down two to go! Dress it up any way you want but Sunday was about one thing for Kilkenny and one thing only; going straight into an All-Ireland semi-final and getting one step closer to the Liam McCarty once again. Collecting The Bob O’ Keefe cup for the 71st time and Brian creating his own historic 15th provincial title was a mere side note. In the 5 times I won it I barely remember seeing the cup enter the dressing room before Rackard Cody whisked it off into the van not to be seen again auntil the end of year team photo .

After a lacklustre first half where Galway had the lion’s share of possession and scoring chances (similar to last years All Ireland final), Kilkenny rung the changes introducing Richie Hogan and John Power. Their impact was instant. Richie’s first touch, turn and point of a second half haul of 5 resulted in Kilkenny’s revival. In the second half they went on to outscore Galway 1.16 to 0.09. The sense of Deja vu didn’t end there. Kilkenny’s defence tightened up considerably. They squeezed Galway, suffocated any notable attacks and then with pin point accuracy hit the space created up front by the resurgent Kilkenny forwards. Michael Fennelly and MOTM Conor Fogarty obliterated their Galway opponents at midfield and were the battering ram that led to countless Kilkenny scores most notably Conor’s offload for Jonjoe’s goal which proved to be the killer score.

After a very good first half showing where Cathal Manion and Conor Whelan caused problems for the inside line of Kilkenny they led by 5 heading into the break. They will surely rue the two needless frees conceded in the final moments as a huge opportunity lost to have decent breathing space heading into the second half, space every team needs against Kilkenny.

Supporters and media keep asking the same question, “How do Kilkenny keep winning?” The answer is quite simple. Kilkenny’s block, hook and dispossession count doubled that of Galway’s in both halves – 34-17 in the end and this constant pressure showed in the drop of Galway’s energy levels in the second half. Lester Ryan led a captains role with 8 such tackles, 3 of which resulted straight away with the loose balls been struck straight between Colm Callanans posts. This statistic is no fluke. In training the skill of blocking and hooking is practised as much as any shooting or first touch drill. Players are not praised for getting one block in but immediately instructed (or just shouted at) to go again and get the next block and the next block. That relentless intensity practised in training is then borne out come match day. Until other teams bring that level of work rate Kilkenny will continue to break them down and punish.

Galway this week will no doubt be savaged by their own supporters after 3 cups have gone a begging to Kilkenny along with a league relegation and the ousting of Anthony Cunningham. They will feel the pressure but their focus must quickly turn to the All-Ireland quarter in 3 weeks. They can take relative comfort in their first half display especially in defence. If they are to consider themselves real All-Ireland contenders they must however nail down the no 3 and no 6 positions as once Daithi Burke exited full back in the second to try keep the shackles on TJ Reid the flood gates opened up behind him.

Kilkenny players will break and head back to their clubs for the weekend’s penultimate round of league games. Then it’s a 4 week run in to the semi-final. The big question over the next month will be who will make way for Richie Hogan and has John Power done enough to merit a start? Savage competition for places at training; nothing changes!