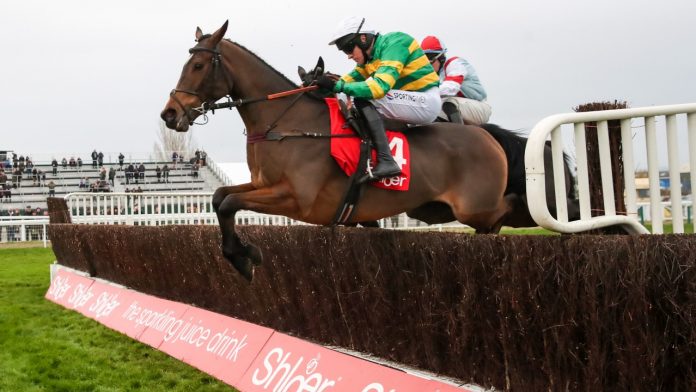 Seven time Grade 1 winner Defi Du Seuill has been retired by JP Manus. The nine year old was described as “up there with the very best” by trainer Philip Hobbs.
Speaking to the Racing Post Hobbs said: “He’s been phenomenal, winning seven Grade 1s. We’ve never had a horse who’s achieved that before. And he was a really lovely character in the yard in every way. It’s just that his form has petered away and it’s not good seeing a horse like him running miles below par.”
Defi Du Seuill’s claimed the 2020 Clarence House Chase at Ascot but never really recovered from surgery he underwent last summer.
In his juvenile hurdling season he won a rare treble of Grade 1s at Chepstow, Cheltenham and Aintree. He then went on to defeat Lostintranslation twice in 2019 to securethe Scilly Isles Novices’ Chase at Sandown. He then went on to land a second festival success in the JLT Novices’ Chase.