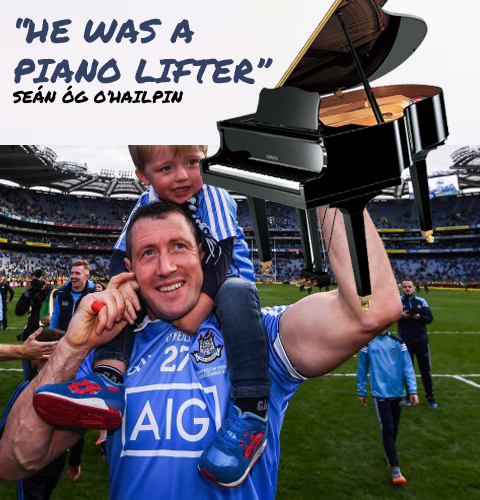 Denis Bastick retired from inter-county football at the weekend after hauling in 5 Celtic Crosses over a half dozen Leinster Titles and 4 National Leagues over a 18 year Dublin Football career.

The septic critics of Dublin Football over the last number of months took a break over the weekend to give worthy praise and appreciation to “The Ultimate Team Player” as Sean óg O’hAilpín describes in this weeks Super8s Podcast hosted by former Westmeath wing back Doran Harte and anchored by Shane “Cake” Curran and Sean óg O’hAilpín.

O’hAilpín goes on to colorfully describe how Denis Bastick selflessly fitted into the Dublin machine over his career saying,

Listen in around the 41 minute mark for full conversation.