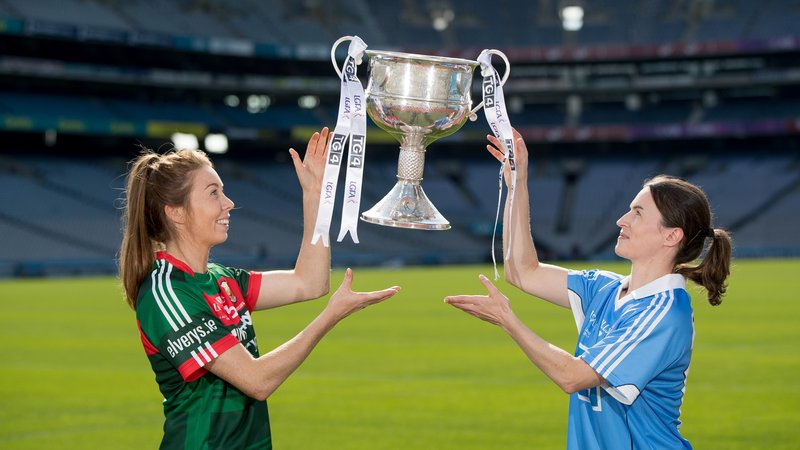 It’s Ladies Day on Sunday in Croke Park when the Ladies All-Ireland Football Finals take place. Three intriguing matches are in store and it looks like a record number will be in attendance.

It’s an all Ulster clash in the first game on Sunday when Derry take on Fermanagh in the Junior Final. Derry reached the final of this competition back in 2008 but were beaten by London. Fermanagh got to the Intermediate Final in 2014 but lost out to Down. This is the fifth time the two sides have met this year with Fermanagh winning the previous four. Derry will be hoping for a change of fortunes on Sunday. Both sides had narrow wins in their semi-final games with Fermanagh needing extra-time to get over London.

Captain Cait Class, Erin Doherty and Megan Devine are players the Oak Leaf County will look to on Sunday if they are to lift the West County Cup. The Ernesiders can call upon the experienced midfielder Aine McGovern, Aisling Maguire and nippy corner-forward Eimear Smyth.

The second game on the bill in Croke Park on Sunday is the meeting of Tipperary and Tyrone in the Intermediate Final. Tipperary were last in the final in 2013 when they lost to Cavan but won the competition back in 2010. They won Division 3 this year so will be hoping to add the Mary Quinn Memorial Cup to the League title. Tyrone were regraded from Senior last year and played in Division 2 this year.

Tipp survived a scare in their semi-final against Meath; winning by 13 points, that margin was just three at the end. Gillian O’Brien is one player Tyrone will need to watch. Tipp also have Jennifer Grant and Aishling Moloney. Tyrone will look for big performances from Gemma Begley, Lycrecia Quinn and Shannon Cunningham.

It’s a repeat of the men’s final as Dublin take on Mayo in the Senior Final. This is Dublin’s fourth final in a row; unfortunately they lost the previous ones to Cork. It’s Mayo’s first final since 2007. The two sides last met in a final in 2003 with Diane O’Hora’s scoring the game’s only goal as the Brendan Martin Cup went West. Dublin are waiting to win the cup for the first time since 2010. There is never anything much between these two sides. Last year Dublin defeated Mayo in the All-Ireland semi-final by one point while Mayo had a one point win over Dublin in the league this year. So Sunday’s game will be extremely tight; just a point or two will separate the sides at full-time.

Dublin have a fine side with plenty of experience and the pain of losing the last three finals could spur them on to victory especially with the fact they’re not facing Cork. The Dubs have captain Sinead Aherne, Neamh Woods and Rachel Ruddy. Mayo themselves have lots of fine players with Cora Staunton needing no introduction; arguably the best ladies footballer. They’ll be looking towards her, Sarah Tierney and Yvonne Byrne if they are to bring the cup home for the first time in 14 years.