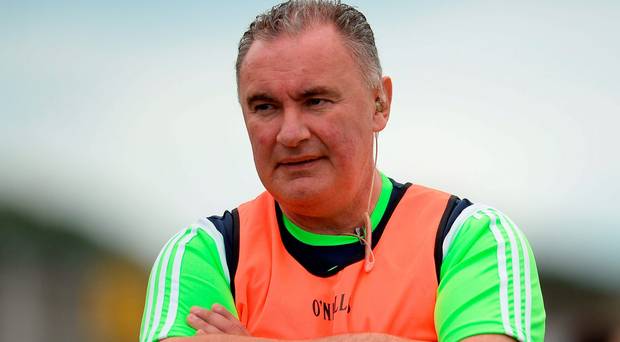 There are certain people that you meet in life and they leave an impression, Mayo manager Frank Browne is one of those.

I got to know Frank when he managed Longford’s hurlers. During the three years he was with the county I was lucky to be friendly with him not just on a professional basis but personal one as well. When I rang Frank for an interview it usually ended up being a chat about how things were going etc.

He had a great outlook to life; probably because he had suffered tragedy with the loss of a child and knew that there was more to life than a hurling or football match.

What you see is what you get with the Wexford man. He’s affable but modest and loves his job as manager. He took over Longford when hurling in the county was at a low ebb. There had been talk of not fielding a senior side anymore and there were concerns. Frank didn’t allow that.

He brought on young lads, got experienced players to believe in themselves again. In his second year they won Division 3B and got to the Lory Meagher Final but were defeated by Warwickshire. Standing under the Hogan Stand clearly hurt by the defeat Frank told me that they’d be back the following year. That was Frank, he believed in his players.

The following year Longford were in Croke Park again and this time came home with the Lory Meagher Cup. I admit there were tears shed during the post match interview. It had been third time lucky for Frank; he had lost the Ladies Senior Final with Mayo in 2007 and the Lory Meagher Final in 2013 with Longford.

Browne then made sure that Longford were promoted  to the Nicky Rackard Cup for the first time ever and they’ve been there every since. He admitted that the success for Longford was simple; he made the players fall in love again with hurling.

In 2015 Frank returned to Mayo Ladies as manager. He told me he had unfinished business and no one connected with hurling in Longford begrudged that, in fact most have followed Frank and Mayo’s progress.

I remember one thing Frank said to me after Longford’s Lory Meagher win in 2014: “sometimes sport is cruel and you don’t get what you deserve.” Football in particular has been cruel to Browne, maybe Sunday that will change and he will get what he fully deserves; the Brendan Martin Cup.

Listen here to this weeks podcast!

Cavan working hard without the services of star players