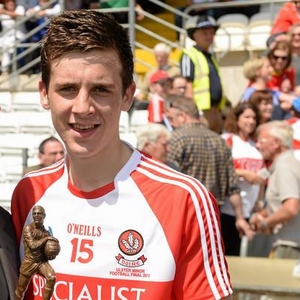 Derry have continued their impressive start to this year’s league, as they have now made it three wins from three by easily seeing off Waterford in Fraher field as we near the half way stage of the league.

The sides were level at the interval at 1-5 apiece, with the Derry goal coming on the stroke of half time from the boot of Shane Mc Guigan.

The second half was a very physical battle as Derry had two players sent off and with just ten minutes left the sides were level at 1-8 apiece.

From then on Derry began to hit top form scoring 1-4 without reply with the all important goal coming from Paul Mc Neill.

Up next for Derry is a home match against Wicklow in two weeks’ time.