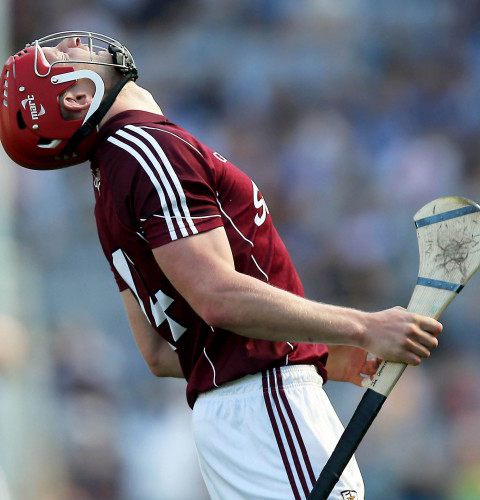 It was the a case of the Joe Show in the final 15 minutes at Croke Park on Sunday afternoon as the Portumna ace edged Galway into the All-Ireland Final with a narrow 1 point win over Tipperary. Canning hit Galway’s last five scored of an enthralling game and his last score in added time was one of the best ever to be seen at Croke Park.

In a game that was always going go down to the wire, Tipperary raced into the lead with Callanan, Kennedy, O’Dwyer and Noel McGrath all giving the Premier a 0-04 to 0-01 lead. Conor Cooney got Galway off the mark on 4 minutes. Galway then hit a purple patch and went on to hit over 4 points in the space of 7 minutes. Whelan, Mannion, Coen and Cooney all landing scores to put the Tribesmen in front 0-05 to 0-04 after 15 minutes.

Callanan responded for Tipperary but once again Galway hit back with two scores from Canning either side of a splendid point from Conor Whelan. That meant Galway now led by three. Padraic Maher then landed an inspirational score, before John McGrath pounced for the only goal of the game on 24 minutes. However Johnny Coen immediately responded with a point from the Cusack Stand, before Whelan pointed minutes later to put Galway back in front. Callanan split the posts on 31 minutes, before Brendan Maher edged the Premier ahead once more. Canning although missing a couple of frees did land a superb sideline, before Callanan and Ford edged the Tipperary lead back to two. However, on the stroke of half time Canning had a free and from 60 metres he made no mistake and the score at half was Tipperary 1-10 Galway 0-12.

On the resumption Galway were quick out of the blocks with Joseph Cooney firing over inside the opening minute, Conor Cooney then had a goal chance but he blazed his shot past Darren Gleeson post, a missed opportunity. Canning and Callanan then traded scores and Conor Whelan knocked over his fourth of the day to give a slender 1 point lead after 42 minutes.

Padraic Maher and Brendan Maher points put Tipperary back in the lead once more, but the tide looked to be turning when Colm Callanan made a superb save from Seamus Callanan at the Hill 16 end. Galway with Canning and Padraic Mannion landed points from then took a two point lead. John O Dwyer and Noel McGrath pointed either side of a 65 from Canning. Tipperary drew level though with John McGrath pointing on 58 minutes, 1-16 to 0-19.

Joe Canning then landed a point before O’Dwyer registered another for Tipperary. Callanan then missed a free for Tipperary. As the pressure was increasing by the minute both sides were missing scores and hitting poor wides but three minutes from time Joe Canning landed a point from a free from over 90 metres to give Galway the lead coming down the home straight. The drama wasn’t finished though and Brendan Maher stepped up to land a nice score from a free in injury time.

It looked like the game was going to a replay, but Canning as he so often does stepped up to the plate. His point on the Cusack Stand side sent the Galway faithful into raptures as Galway march on to an All Ireland Final where they will be looking to win Liam McCarthy for the first time since 1988.

Player of the Match : Gearoid McInerney

Fennelly the right man to answer prayers of the Faithful