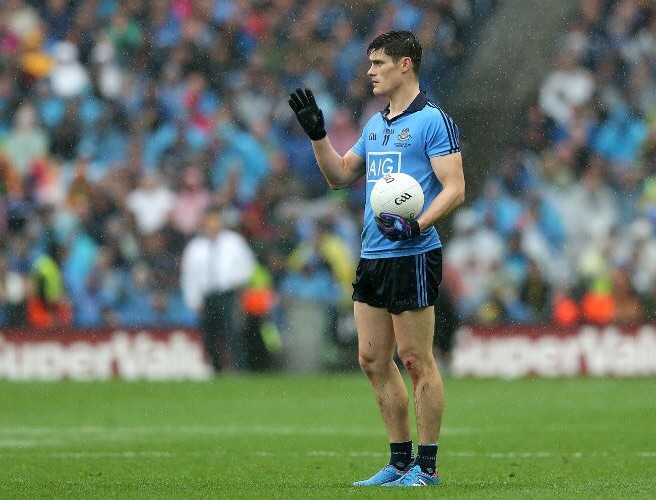 With one minute and fifty seconds of injury time remaining in Sunday’s All-Ireland football final, Dublin led Mayo by a solitary point.

Despite an abject performance, in which they were outplayed for the vast majority of the game by a resilient Mayo side, it seemed Jim Gavin’s men were destined to hoist the Sam Maguire.

During the previous five minutes of time added on, the Dubs held the ball extremely well, retaining possession and allowing the clock to wind down. When they broke up the field and won a line ball just inside the mayo ’45’, it offered them an opportunity to waste a few more precious seconds before again engaging in their game of keep-ball.

It was then that a tug-of-war between teammates changed the course of the game. Ciaran Kilkenny had the ball in hand and seemed to be seeking out a blue jersey for a short pass. However, Diarmuid Connolly had a different idea.

After a consultation between the two, it was Connolly who was to take the kick. Instead of kicking the ball short, he went for the score. The ball dropped short and was turned over. Of course we all know what happened next. Cillian O’Connor went on to kick the leveling score and we are now set for a replay on October 1st.

Would the outcome have been different had Kilkenny taken the dead ball? Of course we will never know, but it seems as though by merely attempting to further retain possession Dublin could have seen the game out.

The question we must ask is, why did Diarmuid Connolly go for the score? While Jim Gavin said in a post-match interview that he has seen Connolly kick similar scores in training, that does not excuse the decision.

This was the dying moments of an All-Ireland final, not a training match. Game management has to be taken into account. Just see out the final two minutes and win the All-Ireland. It was not a time to try something flashy. An under-12 player would know better. Connolly is one of the most intelligent footballers in the country, and to attempt something like this at such a crucial moment is uncharacteristic of him.

So why did he do it? Only Connolly could answer that question, but one should look at the rest of the game for possible answers. The battle he had with Mayo’s Lee Keegan was one of the games big talking points. Both players were booked for an off-the-ball tussle, and one may debate who was the main perpetrator of that incident.

However, what is not really open for debate is that Keegan did a magnificent job in nullifying the threat of Connolly throughout the game. He did score a point, and also played a magnificent pass that led to one of the Mayo own goals, but his influence on the game was nowhere near to the level that many would have expected it to be.

He did not stamp his name on the match. It was plain to see that Keegan got under Connolly’s skin

I believe this is the reason that Connolly went for the score. Had it went over the bar, it would have been seen as the defining moment of the game.

When people looked back in the coming years, this would have been what was remembered, and Connolly’s performance in the previous seventy minutes would largely have been forgotten.

He wanted to kick the game’s defining score, just like Stephen Cluxton did in 2011. Connolly wanted his own moment of glory, something to show his class as a footballer and prove wrong those who doubted him. Ultimately, it was his ego that cost Dublin dearly.

MAYO YOU NEVER: So Close and yet so far away