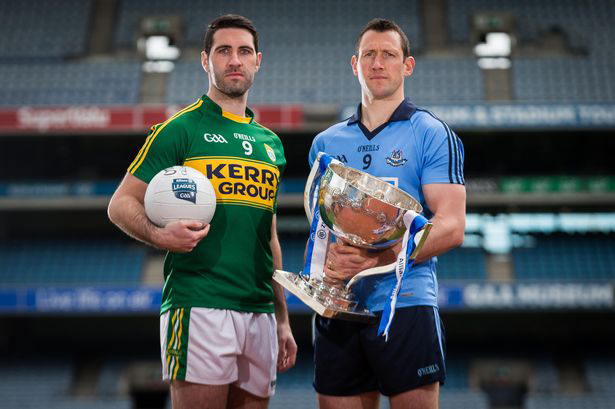 The age old rivalry between the sides continues on Sunday afternoon when Dublin meet Kerry in Croke Park in the Division 1 Final for the second successive year. Dublin will come into this game on the back of an injury time over Monaghan last weekend in Clones, while Kerry will come into the game with a very impressive win over Tyrone in Killarney last weekend. Dublin are not only raging hot favourites to win this game, but they are also odds on to win the All-Ireland again. They have talent all over the field and to be fair to them they don’t look like letting up or dropping the high standards Jim Gavin sets out for them.

Dublin will look to Jack McCaffrey, Bernard Brogan and Dean Rock once again, while they will also be able to call on Ciaran Kilkenny, Philly McMahon and Michael Fitzsimmons, 3 superb players that would get on a best 15 team if you were picking it now. Kerry will look to Paul and Michael Geaney who both put in good performances against Mickey Harte’s Tyrone, while Donnachadh Walsh at wing forward was man of the match kicking 0-06 from play.

In terms of winning this game Kerry will have to disrupt Dublin just like Monaghan did, so may be a defensive game could be on the cards, who knows what Eamon Fitzmaurice has planned, Kerry are understandably outsiders for this game at 12/5, while Dublin are 4/9 favourites. It’s very hard to see Dublin losing but Kerry could spring a surprise, however it’s Dublin for me to win with a couple to spare.