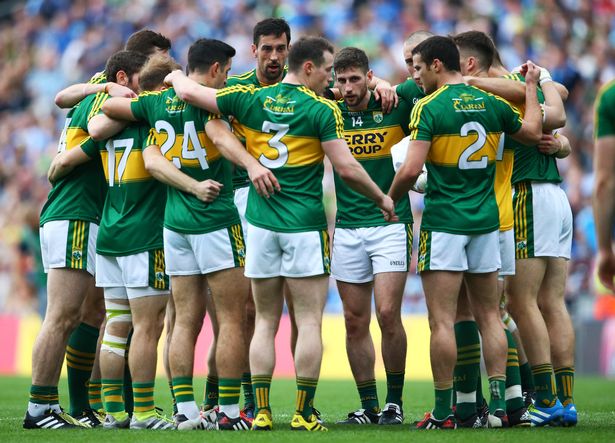 Kerry broke Dublin’s run of 36 wins on Sunday in an excellent game at Croke Park. In a fine performance from Kerry, David Moran, Paul Geaney and Michael Geaney all played well. Dublin had Diarmuid Connolly black carded for an off the ball incident in the first but they still led at the break 0-10 to 0-09. Ciaran Kilkenny and Ciaran Reddin landing two points from play each. Dublin were leading 0-07 to 0-04 courtesy of them scores by Kilkenny and Reddin, but the Kingdom fought back to narrow the gap to just 1 point at half time, with scores coming from man of the match David Moran, Paul Geaney and Barry. In the second half Paul Geaney came to the fore kicking four of Kerry’s six unanswered points.

It took Dublin 20 minutes to register a score in the second half through substitute Paul Mannion, before Michael Geaney responded 30 seconds later for Kerry. Mannion, then made his mark with a well taken goal on 61 minutes. However, again Kerry responded. Paul Geaney tapped over a free and Moran kicked another from play to leave a goal between the sides 0-19 to 1-13. However, Dublin didn’t give in. Rock fired a brace of points and Mannion chipped one over to, however, Bryan Sheehan’s well taken score stepped up either side of them scores to land the spoils for the Kingdom for the first time since 2009.

Player of the Match: David Moran, was instrumental in everything Kerry did, kicked 2 fine points from play.

What now for Longford hurling? Players disappointed with decision to part...