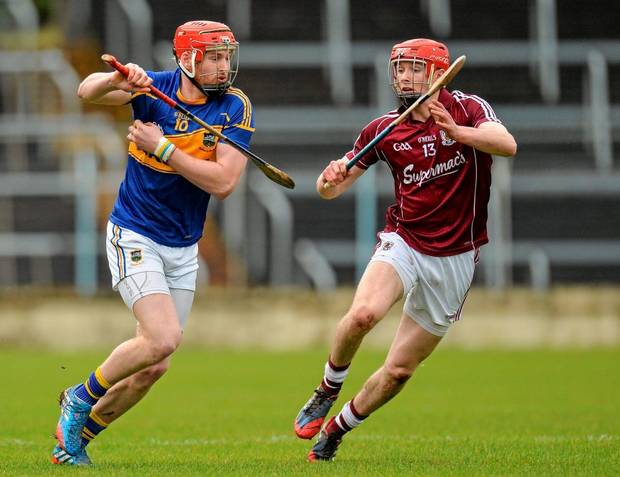 This weekend will see the start of the 2017 Leinster Hurling Championship Round Robin and the Division 1 hurling league final. There are two games down for decision in the round robin series in Leinster with Meath playing Kerry and Laois playing host to Westmeath, while the highly anticipated league final between Galway and Tipperary will also be played this weekend.

Tipperary v Galway, 3.30pm, Thurles, Sunday
Tipperary and Galway renew acquaintances once again but this time in the league final. The sides last met in last year’s All-Ireland Hurling Semi-Final in which Tipperary won by a single point. Both sides had impressive league campaigns, despite Galway not been promoted from Division 1b. Michael Ryan’s Tipperary are the best team in the game at the moment and their second half performance against Wexford in Nowlan Park last Sunday shows that they are up for the fight to hold onto Liam McCarthy in 2017. Galway, however, will not fear Tipperary.

They have the talent to disrupt them and they can be a very physical side as well, this I feel will be important. Wexford kept with Tipperary up until the 55th minute before goals from John and Noel McGrath, Brendan Maher put a gloss on the score. To be fair to them though they stepped up their performance in the second half, Michael Breen was fantastic when introduced and he is surely in the shake up for a starting berth on Sunday after scoring 0-04 from midfield, Brendan Maher was fantastic as well scoring 1-02.

In defence Padraig Maher and James Barry were as solid as ever, while Cathal Barrett is getting better with every game following an operation over the winter. Tipperary will look to John McGrath in attack once again for the scores, Seamus Callanan will be out due to a broken thumb sustained in the Wexford game, so the McGrath brother and John O’Dwyer will have to put in big performances yet again.
Galway, in their league semi-final victory over Limerick were very impressive, especially in the second half. Conor Cooney was superb landing 1-04, while Cathal and Padraig Mannion were very impressive, as ever Joe Canning is still their main man and they will look to him from leadership in attack again. Galway will look to Canning, Mannion, Cooney yet again and big performances from these players if they are to upset the odds against the much fancied Premier County.

In terms of odds for this game Tipperary are priced at 4/7 favourites with Galway installed as 7/4 outsiders. Seamus Callanan will be absent so you would have to take that into account for Tipperary but they still have amazing quality all over the field. I think Tipperary will be too strong for Galway and they should come away with a narrow 2-3 point win.