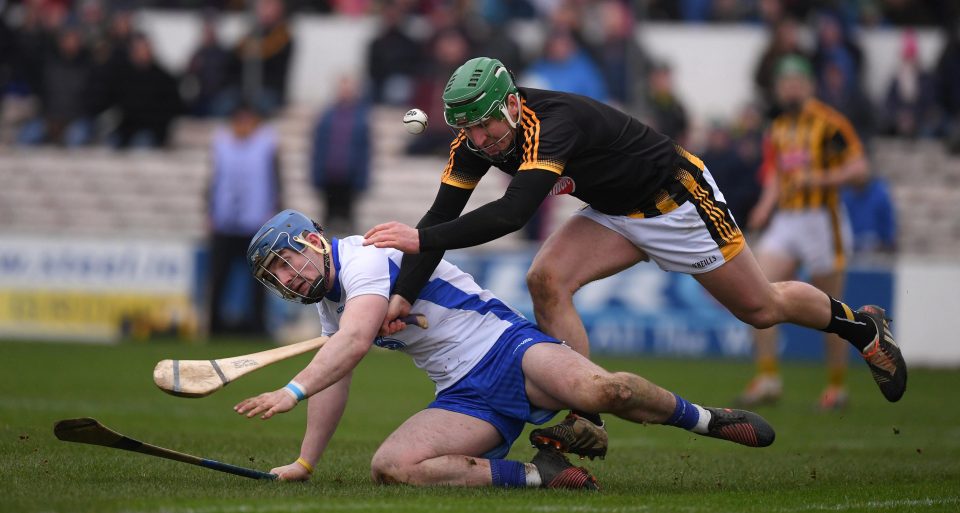 Division 1A and 1B Hurling Previews

Dublin travel to Cork on Saturday knowing that a loss here could doom them to relegation although we are only in the early stages of the league campaign. Dublin were very poor against Tipperary in their opening game, manager Ger Cunningham will now come under a lot of pressure as he opted for a new team having cut the squad pre-season. Paul Ryan and Peter Kelly ae just two players for example that were not part of his plans. He still has some excellent players at his disposal such as Niall McMorrow, Liam Rushe and Shane Barrett, but they will all need to step up to the plate for Dublin to get the win on Leeside.

Cork, under Kieran Kingston had an excellent start to their league campaign having defeated Clare. Alan Cadogan was very impressive for the Rebels in that game, while Shane Kingston was also superb. Colm Spillane impressed at full back to, while Patrick Horgan, although quite against Clare, can produce the goods. Cork will have home advantage for the game, which is a big thing in the league, more often than not the home side wins, especially in Division 1a.

The advantage for me is with Cork here, with a home crowd to cheer them on they will be hard to beat. Cork are priced at 1/7 for the win, while the Dubs are 5/1 outsiders. Verdict: Cork by 6-7 points

Brian Cody’s Kilkenny travel to Ennis on Sunday afternoon for what is sure to be an exciting encounter, both sides will be looking for a much needed win having suffered losses on the opening weekend. Kilkenny lost out narrowly to Waterford, while Clare lost out to Cork. Donal Moloney and Gerry O’Connor will want an improved performance for their side having lost by 7 points to Cork. Clare will once again look to Tony Kelly should he play again due to his club been in the club final, while more will be needed from Shane O’Donnell, John Conlon and David Reidy.

Kilkenny on the other hand were unlucky not to get a draw against Waterford in Nowlan Park on the opening weekend. However, TJ Reid showed why he is one of the best in the game with a personal tally of 0-10, while Paul Murphy and Conor Fogarty also impressed. Richie Hogan was unusually quite against Waterford, probably due to the man marking of him by Noel Connors. I expect him to have a massive game against Clare.

Both sets of management teams will want the win as if not they will be in the relegation zone, so expect a feisty game in Ennis. I think Kilkenny will get the win though but not by much. Clare are priced at 13/8, while Kilkenny are priced at 8/13 to claim the spoils. Verdict: Kilkenny by 2-3 points.

A repeat of the 2016 Munster Final which will see All-Ireland winners Tipperary make the short journey to Waterford. Waterford will be coming into this game on a high after beating Kilkenny in Nowlan Park for the first time in 13 years in their opening league game. In that game Jamie Barron was outstanding in midfield hitting 0-03 from play, Noel Connors did an excellent man marking job on Richie Hogan, while Patrick Curran netted a fine goal. Austin Gleeson was introduced in the second half by Derek McGrath and he will probably start on Sunday.

Tipperary, All Ireland Champions in 2016, hammered Dublin on the opening weekend. Seamus Callanan hit 0-08, while Aidan McCormack hit 0-05 from play for the Premier County. In defence Padraic Maher was again his usual best, while Jason Forde chipped in with 1-03 from play. All of these players will be not only key to winning the game in Waterford, but they will also be key if Tipperary are to retain their All-Ireland title in 2017.  Waterford will be tough to beat in Walsh Park, but this Tipperary team are a bit above the rest at the moment and I can see them running out winners here. Waterford are priced at a very nice 5/4, while the 2016 All-Ireland champions are priced at 4/5. Verdict: Tipperary by 5 points

This game is probably going to decide who goes up to Division 1a for next season. Galway were far too strong for a poor Offaly side last weekend and a win over Wexford on Sunday will put them in the driving seat for a swift return to the top division. In that facile 26 point win over the Faithful, Jason Flynn was outstanding hitting 2-10, 2-02 of which came from play. Conor Cooney was also superb hitting 0-06, all bar one coming from play. Galway boss, Michael Donoghue will look to these players once again when the Yellowbellies come to town.

Wexford, had an excellent win over Limerick last weekend. The Slaneysiders trailed Limerick 0-10 to 0-04 at the break, but an excellent second half from Davy Fitzgerald’s charges saw them over the line on a score of 1-14 to 0-14. In that game, Conor McDonald was once again Wexford’s standout player scoring 1-08. However, in defence Liam Ryan, Diarmuid O’Keeffe and Eoin Moore played well.

I expect Davy and co to have a plan to deal with the Galway attack that scored 6 goals against Offaly, if this plan will work only time will tell. Galway should be too strong for Wexford though especially at Pearse Stadium. Galway are priced at 1/3 to win, while Wexford are 13/5. Verdict: Galway by 6–7 points

Nothing but a Limerick win here is the goal for John Kiely and the Limerick players to give themselves an outside chance of promotion. Limerick, lost out to Wexford last weekend by a goal and there was little between the teams to be fair. Limerick are not out of the running for promotion as they still have Galway to play. This should be a game for Limerick where they should win with ease in my opinion. They will once again look to the leaders on the team Seamus Hickey, Richie McCarthy, Declan Hannon and Graeme Mulcahy to name a few, while Diarmuid Byrnes at wing back is an outstanding talent. I expect a massive backlash from Limerick after their loss to Wexford and I would be fearful for the Kingdom on Saturday night in the Gaelic Grounds.

However, in saying that the Kingdom produced a fine performance against Laois last weekend and ended up scoring three second half goals to get a deserved win. However, they have a tough run of games in the group, with having to play Galway and Wexford to. They have some good players such as Shane Nolan, Jack Goulding, John Griffin and Mikey and Padraig Boyle.

I think this will be an easy win for Limerick on Saturday night and I expect to see a good few goals. Limerick are unbackable at 1/50, while Kerry are 11/1 to upset the odds.Verdict: Limerick by 15 points

A midlands derby is on the cards in Portlaoise on Saturday evening. The hosts will be disappointed with their loss away to Kerry last weekend having lead for much of the game, Offaly will also be very disappointed and manager Kevin Ryan will have to raise confidence in his side after succumbing to a 26 point to Galway. Eamonn Kelly will once again look to Stephen Maher for leadership in attack, while Charles Dwyer will be looking for an improved performance having failed to register a score against Kerry last time out. Willie Dunphy was superb, scoring 0-04 from play in that game, while in defence much will depend on Matthew Whelan at centre back.

Offaly, under Kevin Ryan will want a massive improvement. They were very disappointing against Galway. A loss here for the Faithful and they could be looking down the barrel of relegation as they have games against Limerick and Wexford to come. Ryan, will be looking for better performances from his defence who leaked 6 goals to the Galway attack. In attack, more from play is needed from Shane Dooley, while the inside forward line also needs to get on more ball and get more scores, players such as Oisin Kelly, Sean Cleary and Sean Ryan.

I think this will be a very close game. Going by form, Offaly need a massive turnaround, a turnaround I don’t think they will get on Saturday evening. Laois to win the battle in the derby. According to bookmakers this will be an even contest with Laois priced at 6/5 and Offaly 4/5. Verdict: Laois by 4