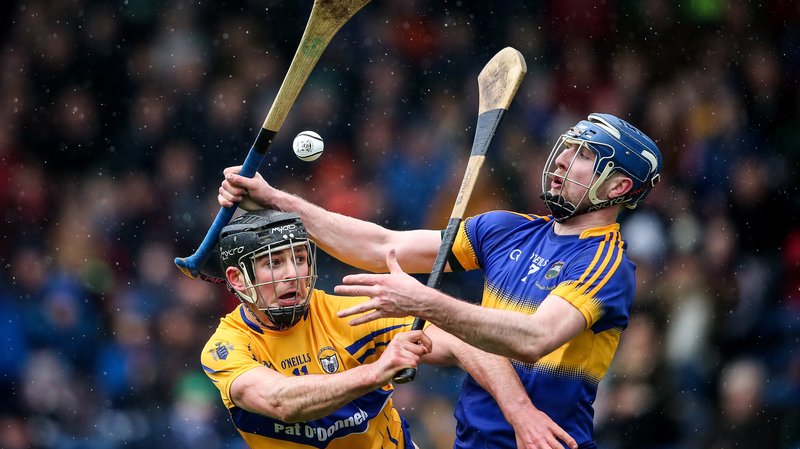 It’s never unlike Ger Loughnane to throw in a verbal hand grenade when the opportunity arises, but even though there are times when the man’s sanity has been questioned, he often makes some worthwhile points. His assertion on League Sunday on RTE this week that the top tier, Division 1A, of the National hurling league, was like a blood sport, may have sounded controversial, but in essence, seems perfectly logical.

The National League eh? How can a competition be so worthwhile, and yet so unloved by the Irish public? Of course, when I say unloved, that doesn’t really tell the full side of the story.  If anything, this has been one of the most exciting competitions of the last few years. Probably the main reason for that, has come through the unlikely scenario that has presented itself in the depths of the South East, where the curious combination of Davy Fitzgerald and Wexford, have worked their way back into the nation’s hearts.

It was always going to be an interesting marriage, but somehow the natural exuberance of the county combined with the…what’s the correct word…intensity of Davy, has blended perfectly. Their defeat of Limerick was noteworthy, an away win against Galway was exceptional, but by beating Kilkenny away from home for the first time in 60 years, the county has managed to make anyone remotely interested in the game sit firmly up in their seat.

Of course, all of this will mostly seem irrelevant if the team doesn’t perform come summer time. Here is the inherent crux of the National Hurling League. And who better a man than Davy Fitzgerald to know it? He may have thought a league title with Clare last year had bought him another few years in the hot seat. In the end, it only managed to prepare a rod for his own back when the knives came out last September.

Loughnane’s point though centred on the fact that teams spend so much time focusing on staying in the top division that they are burnt out by the time the quarter finals come around. Events last Sunday would appear to have borne this out, with 3 of the Division 1A teams being downed. Definitely, the intensity of those 5 league games the top sides play is of Championship standard. Wexford meanwhile, knew they had to be at a perfect pitch for their initial 2 league games, and then could ease off the gas somewhat in the last 3, before peaking again last Sunday.

If we are to take any broad lessons from the league thus far, it’s that the gap between the top 9 sides is very small. Obviously, in the way the competition is formatted, the 10th team in the land get a shot at a quarter-final, which isn’t necessarily justified. Certainly, judging by Offaly’s results in their group, and particularly against Tipperary last Sunday, they are a long way off the sides above them.

At this moment in time few would begrudge Tipperary their status as the best team in the country. Who follows behind them is anyone’s guess. Kilkenny, on their recent history, could probably stake a claim as being second in the pecking order, but their graph definitely appears to be pointing downwards rather than upwards. On the basis of the last 2 championships, Waterford and Galway are amongst the top 4 sides, though neither of them could deem themselves totally satisfied with how their league campaign has panned out. Waterford have stumbled and stuttered, and even if Galway win it out, they will probably still face into next year in the second tier.

Clare will have been delighted to have secured their status in Division 1A, and will  see themselves among the top 5 sides, followed, to my eyes, by Wexford, the undoubted stars of the tournament so far. Ranking Cork, Limerick and Dublin is a hazardous task, but while any of those sides could take a scalp from the top 5, they are closer to the bottom of the 9, rather than the top.

Judging by their quarter-final, there is very little to separate Cork and Limerick from each other. Dublin have had a poor league, characterized by a customary second half fadeout in a lot of their games. Given their resources, they should be doing better, but because of Cuala’s club run, player drop outs (Danny Sutcliffe etc) and the omnipresent shadow of the footballers stealing their best players (Con O’Callaghan etc) they never appear to be at full strength.

Waterford were unfortunate to be just edged out by Galway in a cracker at Pearse Stadium. While any defeat is disappointing, the biggest downside of the day came via the fact they are now facing into a scenario of 11 weeks without competitive action. While you may say this is a boon for the club player in Waterford, as they will be joined by their county colleagues for the next series of games, it hardly does either sets of players any good to have such vastly interrupted seasons.

What is it about the GAA calendar, that makes us punish sides for doing well by long periods of inactivity? It’s the same in the Championship, where a team can win a provincial title in July only to have it followed by 5 weeks of inertia. Managing that gap is one of the trickiest tasks of winning an All-Ireland.

While it’s true that playing in Division 1A gives you a consistently higher quality of game, it can’t be said that it actually benefits you winning the league. The last two champions of the competition have come from Division 1B, and with 3 semi-finalists, there’s a fair chance that they will come from that group again this year.

As for those semi-finals, well it’s anyone’s guess how they will pan out. Tipperary are obviously favourites against Wexford, but will be spooked by the Yellowbellies’ form. Galway managed to overcome Limerick already in the group stage, but will not be looking forward to travelling to the Gaelic Grounds yet again on Sunday week. There appears to be little between the teams, so a Treaty victory is a distinct possibility.

There has been talk of a restructuring of the League for next year that would see 8 teams in the premier division. While such a movement would be welcomed in Galway and Dublin, it seems inordinately unfair on Limerick, who could still win the competition this season, to be in an evidently weaker group next year.

There’s no guaranteed perfect way of running the league, but certainly adding 2 games on top of an already heavy workload in February and March seems excessive. If the GAA wanted to add extra games for teams, they should be doing so in June and July. Or, dare we say, they could just run the championship along league lines. Certainly, when you see how the football championship will be run from next year, there is plenty of scope for extra games in the hurling one.

If there is one over-riding impression that we can take from the league it’s that we have a hell of a tasty championship to look forward to. Given the quality of the teams, and the seemingly minute differences between them, picking a winner from a conceivable field of 9 is anyone’s guess. It’s just a shame though, that some of the best quality hurling we’ll see all year is already over.

Hurling Championship Preview: Down hopeful after win over Roscommon