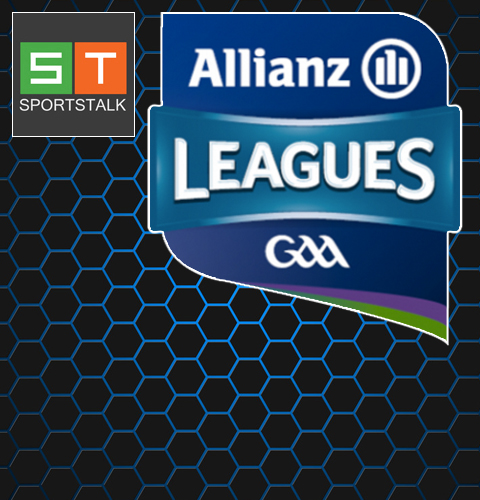 The beginning of the Division 3 Allianz League will commence on Sunday the 28th of January. First up in action will be Sligo and Armagh, with Sligo making the trip to the Athletic Grounds, Fermanagh will host Wexford in Enniskillen, Offaly take on Longford in Tullamore, while Derry will host Westmeath at Celtic Park. Armagh and Derry probable favourites to progress from this division in many people’s eyes, however, I do see teams pulling off some shocks, Westmeath will be strong at home, will Wexford will also be tough to beat at home. In terms of relegation it will go down to final round of games in the group in my opinion. I have once again done a team by team preview and how I think things will turn out.

Derry: They will be without the Slaughtneil contingent for the opening few games depending on how they do in the semi-final. However, I still think they have the quality to get through the group and gain promotion. Players like Danny Heavron, Enda Lynn, Danny Tallon and Emmett McGuckin will all be key. I fully expect them to be in the shake up come the closing stages of the group round robin.

Armagh: Armagh will be looking to go up a division at least and with the players in their squad they well capable of it. Players such as Aidan Forker, Stefan Campbell, Jamie Clarke, Mark Shields and James Morgan are all key players for the Orchard men. Face a tough opening game against Sligo but they should be in the mix in terms of promotion.

Wexford: It’s hard to know where Wexford are. They were promoted last year to this division, but they suffered a hammering to Westmeath in the league final. They caused somewhat of an upset when beating Dublin in the O’Byrne Cup albeit it was Dublin’s third team in my opinion. Paul McLoughlin will look to bring the more experienced players in like Ciaran Lyng, Brian Malone, Daithi Waters in the coming weeks to the team and they will be tough to beat at home especially. May cause an upset or two but will struggle.

Offaly: Offaly will be minus Niall McNamee after he called time on his inter county career but  they do have some superb footballers. Peter Cunningham, Graham Guilfoyle, Nigel Dunne and Michael Brazil. They will target the opening game with Longford, while they will also feel they can beat Wexford and Sligo. Should be fine to remain in division.

Fermanagh: Will be a tough side to beat in this division, opening game against Wexford should be a win. Now managed by Rory Gallagher, one thing is for sure, they will be fit and strong and have a good defensive system in place. Players like Ryan McCluskey, Tom Corrigan, Sean Quigley will all have to big season. May challenge for promotion, home games against Derry and Armagh will tell the tale.

Westmeath: Division 4 winners last year. Won most games with a bit to spare. Made little impact in championship. They will rely on John Heslin, Kieran Martin, Ger Egan and back in form Callum McCormack. Will face difficult games against Fermanagh, Derry and Armagh, should win other remaining games. Mid table finish likely.

Longford: Will find it hard to get wins here in this division, games against Wexford and Offaly they will probably see their chances of a more likelist win. Players like Diarmuid Masteron, Sean McCormack, Michael Quinn will be all key. Will depend on games with Offaly and Wexford in terms of relegation or surviving.

Sligo: Sligo will have tough games in the division, but they will be tough to beat at home in my opinion, they will remain in the division in my opinion as they will probably be to strong for Wexford and Longford and may be Offaly also. Players like Mark Breheny, Niall Murphy, Pat  Hughes and Adrian Marren will be all vital again this campaign. Mid table finish.