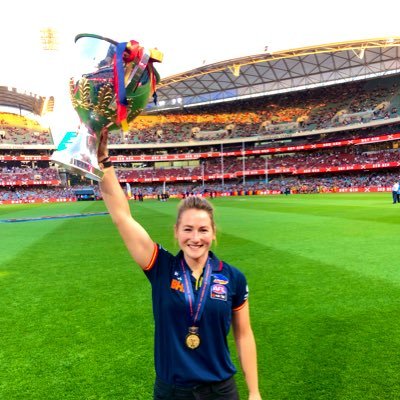 On this week’s Sportsgirls Podcast former Donegal player Nadine Doherty spoke to host Deniese O’Flaherty about the potential outflow of Ladies Footballers to Australia after the success of players like Sarah Rowe, Aisling McCarthy and Ailish Considine.

She said: “Obviously we will see a few more people going this year. Cross Coders are the agency behind that; they are a scouting agency. It would be a lot of young players’ dream to go to Australia and do a bit of travelling and so on.”

She added: “I suppose you have to look at it as well. What kind of player are they looking for? Because you look at the girls who are there now. They are all very different football players. That would give every player in the country a bit of hope of going down there.”

She does believe that although players leaving Ireland is a worry for the LGFA, they are making fantastic improvements all the time: “For the LGFA it is probably a bit of a worry but I’d look at the LGFA now and they are really flying. I see they are in the best place for a long time. It’d be a fantastic experience for anybody who goes. Just to be an elite athlete.”