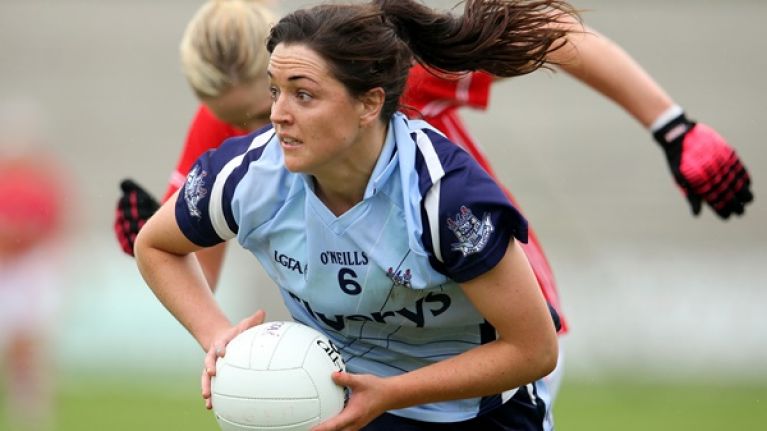 Following on from their Division 1 semi-final defeat to Cork last weekend, Sportstalk pundit Nadine Doherty has posed questions about where the reigning All-Ireland champions are at at the moment.

The former Donegal player said on this week’s Sportsgirls Podcast: “I don’t know where Dublin are at, at the minute. Just looking at the match, yeah they were very good but….”

She was amazed with some of the things she saw in the game with Cork and in particular Sinead Goldrick going for the toss, despite not playing: “Even watching that match and even though it was an epic match I’m just not convinced by them. There were a few things that were bizarre. Sinead Goldrick going up for the toss; she wasn’t going to be able to lead on the pitch, why is she going for a toss?”

For Nadine the biggest problem for Dublin at the moment is the loss of Leah Caffrey. She said: “I don’t know what’s going on in Dublin? What I do see missing hugely is Leah Caffrey. She’s a huge void that hasn’t been filled. I think that loss of Leah could really affect them even more, down the line.”

She believes that although Dublin have the players, they are not getting the most out of their panel of players at the moment: “I just think there are players there. I don’t think that Dublin squad has what it did have.”