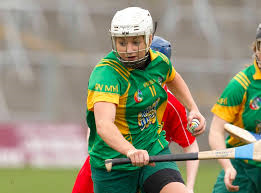 Speaking on this week’s Sportsgirls Podcast Meath Camogie captain Jane Dolan told of the commitment that is required while being a county player.

Pundit Lauren Guilfoyle mentioned Meath clubs Kilmessan and Ratoath who won All-Ireland titles and Jane commented on Meath not having all their best players out at the moment playing for the county: “We have club teams performing at such a high level and on the county set-up you want them girls to be playing with you. In Meath camogie, that’s the aim, trying to get the best team out on the day. At the moment maybe we are not doing that, I don’t think we are a million miles off that either.”

Jane was honest about how tough it is being a county player: “There is no denying it, it is very tough. I know myself, I’m probably at the latter end of my career. And when it comes to work I’m probably more under pressure and pulled in that direction as I was when I was in college.”

Being a county player is more than just training as Jane revealed. There is a lot of effort required from players individually too: “In fairness it is a lot to ask girls to commit when it comes to you’re training two/three times a week., you’ve got your club team as well, you’ve got a game at the weekend. And then you need to bring in your own thing too; gym sessions which we have and you have to do your own running. It’s not just a two or three night a week commitment, it’s a seven day a week commitment.”

Jane believes that something needs to be addressed to help players that want to play for their county: “It’s different depending on what club or county you are with but that’s still something that needs to be probably addressed in terms of the amount of commitment that is required from girls and what is expected off them from their personal life, as well.”