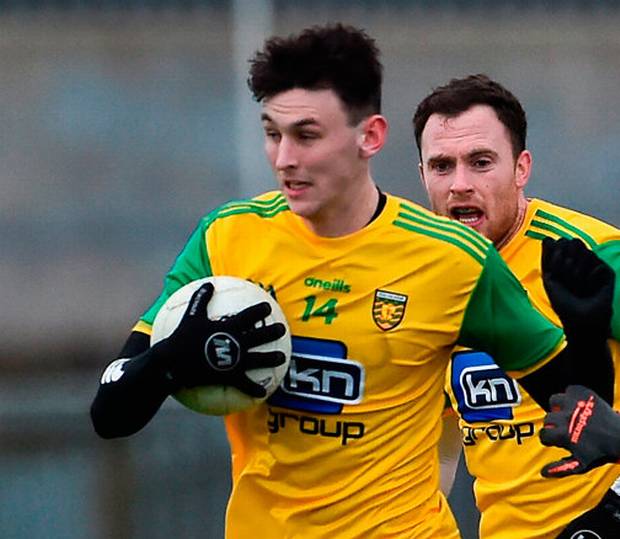 Despite a double figure wide count Donegal eventually proved too strong for Clare at Ennis, the opening half was a free flowing open game, both teams traded some fine scores with Donegal ahead by two at the break.

The second half also provided some good scores but the loss through injury of Clare keeper Robert Eyres unsettled them and Donegal pulled away in the closing stages with Hugh Mc Fadden and Jason Magee points enough to ease any worries in 11 minutes of added time.

Michael Langan had opened the Donegal account early on , Gary Brennan and Keelan Sexton replying for the hosts who should have bettered their lead when Sexton nipped in but hit his goalbound effort wide. It was almost score for score in the opening half, Langan, Ciaran Thompson and Jamie Brennan among the Donegal points as Dermott Coughlan and David Tubridy tagged on Clare points.

After the break Tubridy snatched on two Donegal handling errors to level things but Donegal upped the tempo after that , they hit a series of wides before Magee and Mc Gonagle points settled them and they pushed on for a battling win.