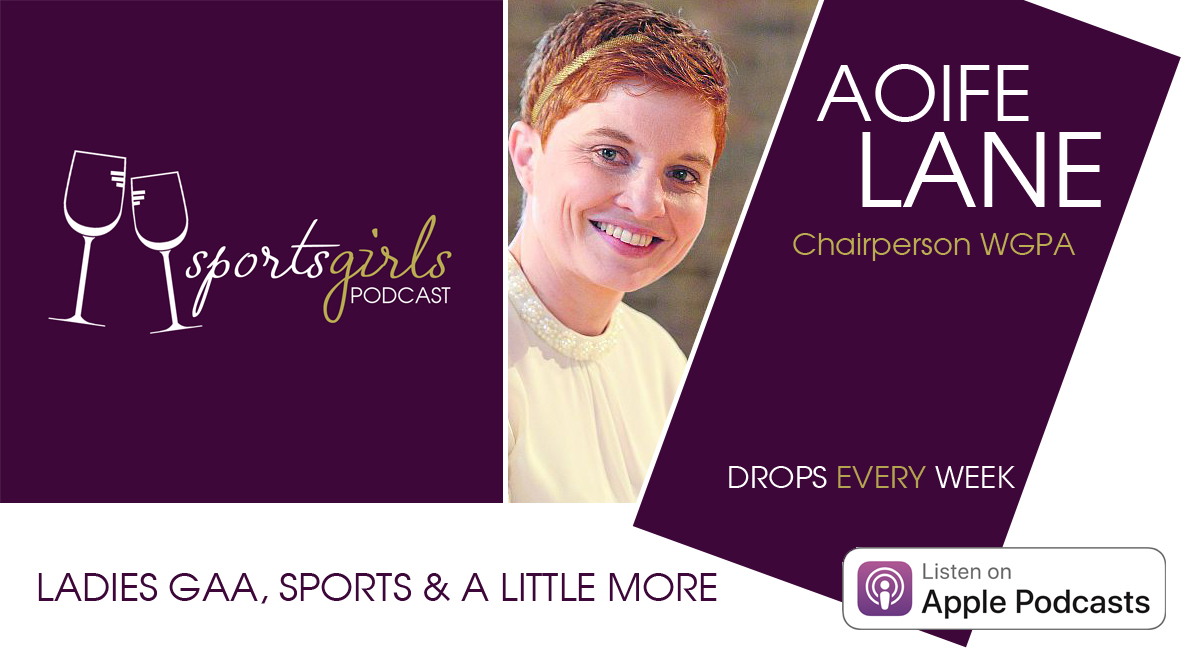 In next week’s Sportsgirls Podcast, the girls have an in-depth discussion with the chairperson of the WGPA Aoife Lane where she told them how she became involved in setting up the WGPA and gave a great insight into the work and achievements of the WGPA so far. The WGPA was launched in 2015 and today has over 1350 members. So how did it all come about? Aoife explains it all in this week’s podcast.

‘It was mentioned at an All-Star event by Donal Og Cusack. I was interested and followed it up and went to meet the GPA at the time and then got some players together, people that I knew and then others came along aswel’. From here ‘one thing led to another’. Aoife is quick to point out that ‘it all came from the players’ and acknowledges that one could ‘sense there was a need for this’.

It doesn’t take long listening to Aoife to discover how passionate and hard working she is in her role as Chairperson of the WGPA and that she clearly did an excellent job in helping to establish the association.  For Aoife though it simply just ‘felt right at the time to go with it’.

AIRS NEXT TUESDAY ON SPORTSTALK.IE