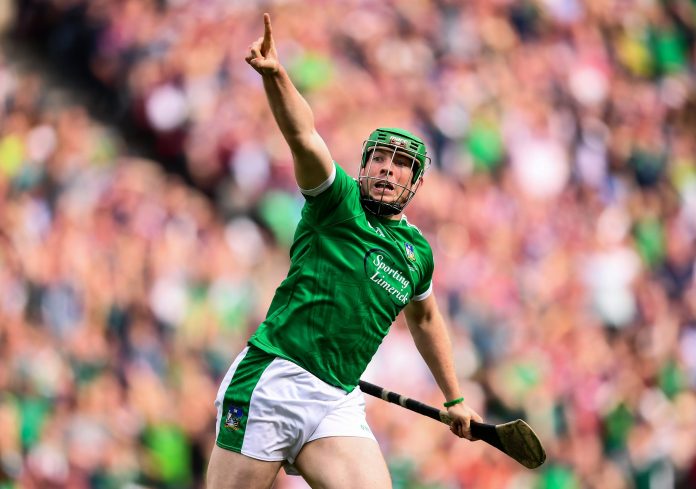 With just two months to go before the inter-county hurling championship resumes Limerick hurling has been hit with a major blow as their star hurler Shane Dowling has announced his retirement from the inter-county panel at just the tender age of 27.

The talented Na Pairsaigh forward took to Twitter on Thursday morning, explain that the decision has come as a result of an injury. “It is with deep regret and heartbreak that I have to announce my retirement from inter-county hurling today. This is a decision that I have struggled to accept and may still struggle to accept over the coming years, given its premature nature. “To be speaking about retirement from the game that I adore at the age of 27 is not what I ever intended or imagined, and I still hardly believe this is happening, but unfortunately I have been left with no other option.

“After three surgeries on my knee in as many years, and with the possibility of another, my knee can no longer support the demands of inter-county hurling”.
Since bursting onto the scene in 2012 Dowling has been a key game changer for Limerick hurling during his eight-year playing career. Dowling first came to prominence as a hurler with Ardscoil Rís in Limerick, having played in every grade as a hurler playing centre-forward on the college’s senior hurling team.

Dowling, blessed with his touches and incredible skill played a key role in Limerick ending the 45-year famine to win the Liam McCarthy Cup in 2018 where he came on in a thrilling All-Ireland final against Galway and bagged a crucial goal.
During his elusive career, Dowling went onto to score 21-292 in just 59 league and championship games for his county, therefore, overtaking the legendary Gary Kirby as the county’s leading scorer.
To his name, Dowling has 2 Munster titles, 1 All-Ireland, 1 National League and 1 All-Star it remains to see if he will continue playing with his club.