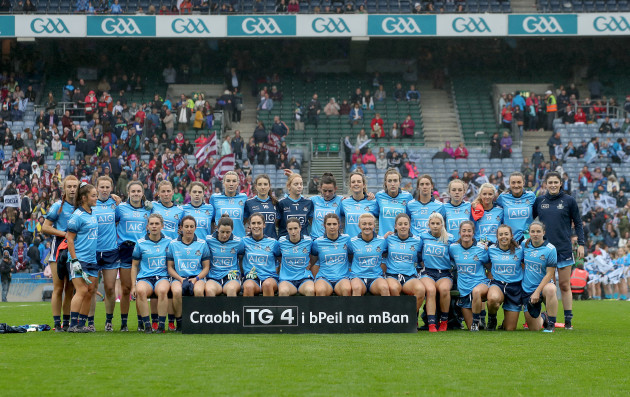 The Dublin Ladies Footballers will contest the senior decider for the seventh year in a row and the tenth time in their entire history.

They will play either Galway or Cork in the decider who contest the other semi-final this Sunday, December 6th in Parnell Park.

Dublin will be looking to win the All-Ireland for the fourth year in a row and a fifth title overall with their first coming back all the way in 2010.

In order to make this year’s final, they had to overcome a strong and stern test against a very good Armagh team and managed to pull off a five-point win.

After the game, Siobhan McGrath Spoke to SportsTalk Denis O’Flaherty who was very relieved after a tough battle.

“Thank god we got over the line. What a tough physical game it was, to be fair I think it was a good game to watch. We knew what Armagh were like they are a superb football team that loves to play football. There tough as well and we are really delighted to get over the line”.

McGrath was also very pleased with the condition the pitch was in given that it’s winter sport that we are playing at the moment.

“It’s in brilliant condition and in fairness to Breffni Park they have done a great job it didn’t feel heavy out there really good pitch”.

Clare star O’Dea describes her weekend as a dual player