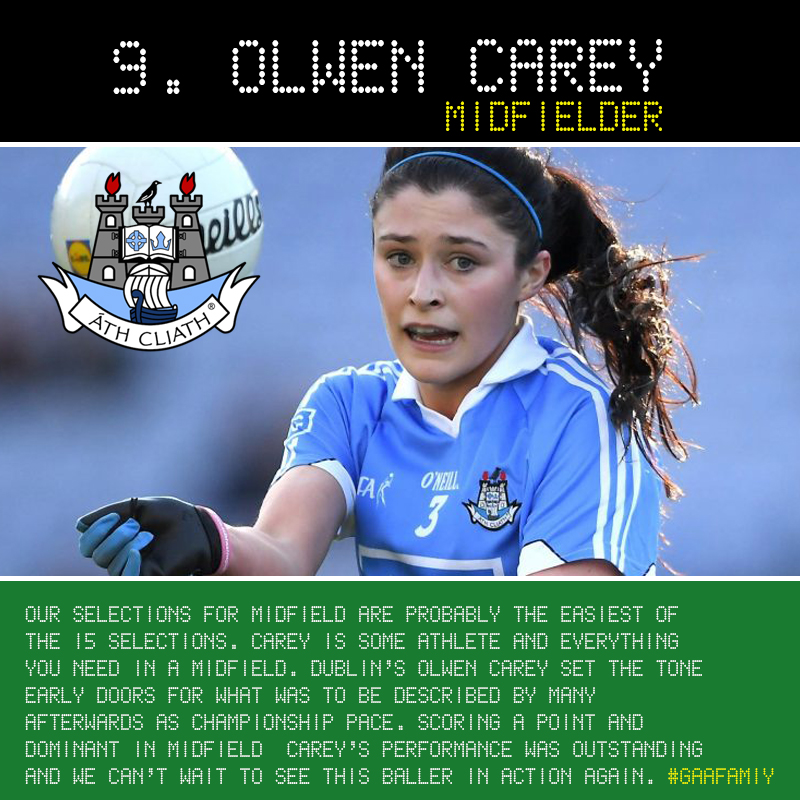 As we continue our Team of the Finals selections, these two were the easiest selections. Peter Leahy Mayo manager eluded to “Dublin playing at a championship pace” and in order to do that you need an engine room working at full tilt. McGee and Carey certainly are the engines that keep the Dublin ship moving. 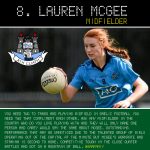 You need two to tango and playing midfield in Gaelic Football you need two that compliment each other. Ask any midfielder in the country who do you love playing with and they will only name one person and Carey would say the same about McGee. Outstanding performance that may go unnoticed due to the talented group of girls operating out of the capital at the minute but McGee’s workrate and stamina is second to none. Competitive tough in the close quarter battles and got on a mountain of ball. 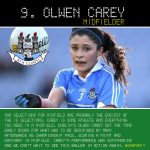 Our selections for midfield are probably the easiest of the 15 selections. Carey is some athlete and everything you need in a midfield. Dublin’s Olwen Carey set the tone early doors for what was to be described by many afterwards as championship pace. Scoring a point and dominant in midfield  Carey’s performance was outstanding and we can’t wait to see this baller in action again.