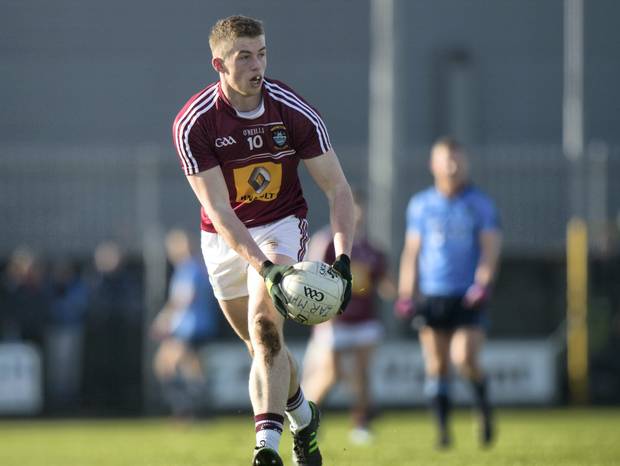 Westmeath claimed the Bord Na Mona O’Byrne Cup for the first time since 1988 and ended their pre-season in perfect style with a 1-12 to 0-10 victory over Dublin at Parnell Park.

Westmeath’s Ger Egan was the star of the show accumulating 1-05 with a cracking footballing performance. The new rules didn’t seem to affect the lake men as this season managed by native Jack Cooney played some lovely football.

Dublin’s star Aaron Byrne lining out at number 11 was the only positive for Dublin as both sides fielded shadow teams.

The O’Byrne Cup is all about bleeding new players and Jack Cooney will be the happier of the two managers as Westmeath’s emerging talent shone the brightest in the lights of Parnell Park.

This tournament got messed around last season with the weather and cancellations and it was nice to see a nice crowd in to watch some lovely footballing talent on display and thanks to TG4 Sport the GAA family got a glimpse of the new rules and the fine Ger Egan.

Next up for Westmeath Division 3 football league with opening games against Offaly and Carlow in the coming weeks, while Dublin will take on Monaghan away and Galway at Croker in Division 1.

U/21 All Ireland Football Final: Dublin to edge out favourites Galway