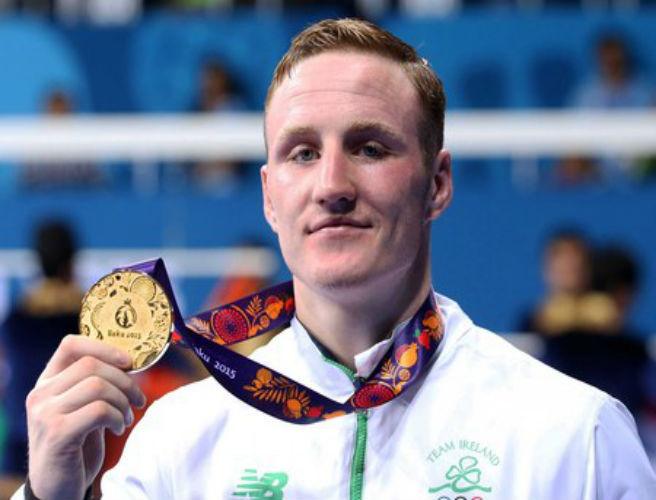 In 2009 the Irish Boxing community was rocked by the suicide of Darren Sutherland. The Olympic 2008 Bronze medalist took his own life just over a year after his triumph. Despite reaching the pinnacle in his professional life his personal struggle with depression was ultimately the conflict that he could not overcome. Kenny Egan who was also part of that successful 2008 team later revealed how he struggled with alcohol addiction after his silver medal. Are these athlete’s personal lives being managed as well as their professional lives?

In light of Michael O’Reilly being sent home for a doping violation due to the suspected use of recreational drugs, maybe it is time to recognize that leading athletes are subject to the same pressures and insecurities as everyone else. These athletes are elite in their preparation and the boxing team are the best funded high performance unit in the country.

They have access to the best sports nutritionists, sports psychologists and boxing coaches. But maybe it is time to take the sports out of the psychology and treat the person rather than their talent. Sports psychology is designed to get the athlete into the best frame of mind to perform to the best of their ability. But what about their personal struggles? What about their deep-seated insecurities? Just because it might not impact on their ability to land a powerful left hook doesn’t mean it is not a priority.

Micheal O’ Reilly who is clearly an extremely talented boxer was seeded no. 3 in his middleweight division. He has won both European Gold and World Bronze medals during his fledgling career. Despite these triumphs though he has been no stranger to controversy. O’Reilly had been sent home and fined for a breach of discipline after a qualifying event in Turkey. This infraction occurred before he had qualified for the Olympics. With his place in Rio not yet secured and his inclusion in the Irish set up under threat O’ Reilly managed to win the last quailifying tournament for Rio. No further details were offered as to what O’Reilly did to justify the punishment but the nature of the misconduct might give some context as to what has happened in Rio.

With these past events in mind and in the lead up to the biggest competition of his career he has failed a drugs test for non – performance enhancing drugs. He has the ignominious title of the first ever Irish athlete to be sent home prior to the Olympics. Before jumping to conclusions and castigating him maybe we need to take a step back and consider the mindset of someone who would make such a decision.

Stress and anxiety are parts of everyday life and some have more robust coping strategies than others. The stress of representing your country and being a leading medal hope in an Olypmic Games is impossible for most to relate to. While there is the possibility that it was just a stupid mistake the likelihood is that it represents a cry for help. How could an athlete sacrifice so much training, fight through unimaginable pain and have his whole life geared towards success to throw it all away for such an innocuous misdemeanour?

O’Reilly needs help and guidance and maybe the Elite Programme needs to offer their athletes more of personal touch. I am not absolving him of any personal responsibility but when there is a pattern of Irish boxers suffering mental health issues maybe it is time for change.

Youngsters to watch out for in 2018 Camogie Championship